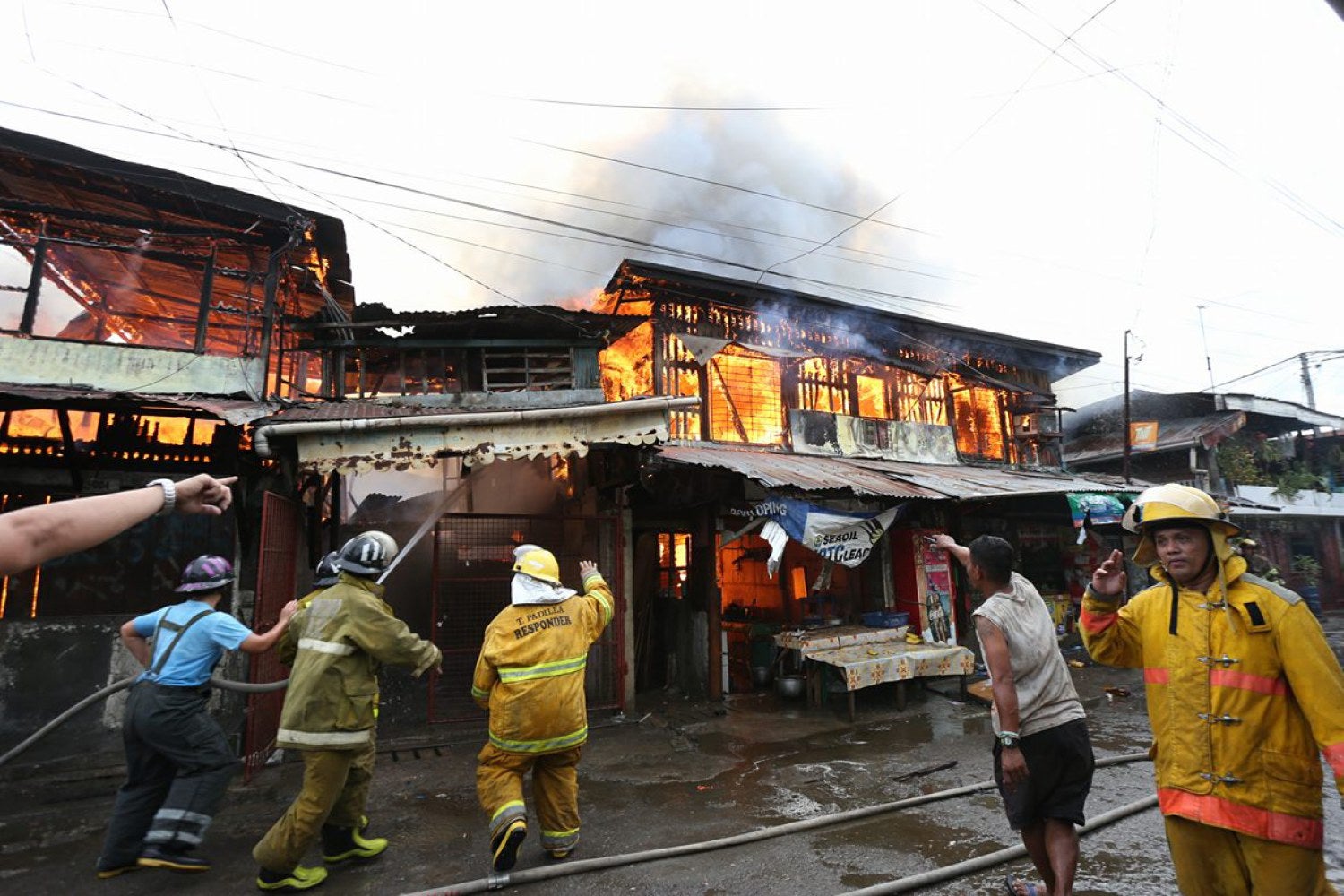 Firefighters are working to put out the fire that engulfed the houses in Barangay Lorega San Miguel, Cebu City on Wednesday afternoon. Photo by Junjie Mendoza, CDN photo

CEBU CITY— An elderly man was reportedly killed in a fire that struck a densely populated urban poor village in Cebu City on Wednesday afternoon.

Fire investigators from the Bureau of Fire Protection (BFP) said they had yet to identify the fatality in the blaze that hit Barangay Lorega San Miguel.

The fire was raised to third alarm a few minutes after it was reported around 3:08 p.m. It was placed under control past 3:30 p.m.

Firefighters were still trying to put out the fire as 4:50 p.m. /kga