Binay thinks Imelda Marcos may not be jailed after all

Binay’s spokesman, Joey Salgado, also said that Mrs. Marcos will definitely appeal the decision, “which will also take some time,” and that “she can still post bail while the case is under appeal.”

Binay, however, believed that talks on President Rodrigo Duterte’s possible granting of pardon to Mrs. Marcos remains speculative at the moment. 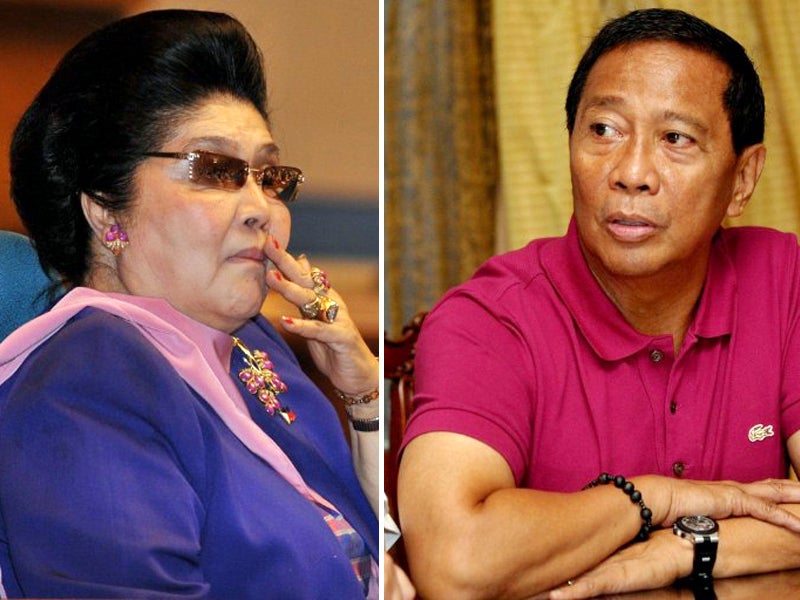 He noted that the Sandiganbayan’s decision is not yet final since Mrs. Marcos can still file a motion for reconsideration and appeal to the Supreme Court.

“‘Yung pardon ma-e-extend mo lang ‘yun kapag final na. So, lahat espekulasyon iyon (Pardon can only be extended once the conviction is final. So, it’s all speculation),” he said.

Last November 9, the anti-graft court found Mrs. Marcos guilty on seven counts of graft for channeling US$200 million to seven Swiss foundations when she was Metro Manila governor, Batasang Pambansa member, and Minister of Human Settlement — government positions she held from 1968 up to 1986 while her husband, Ferdinand, was president.  /kga