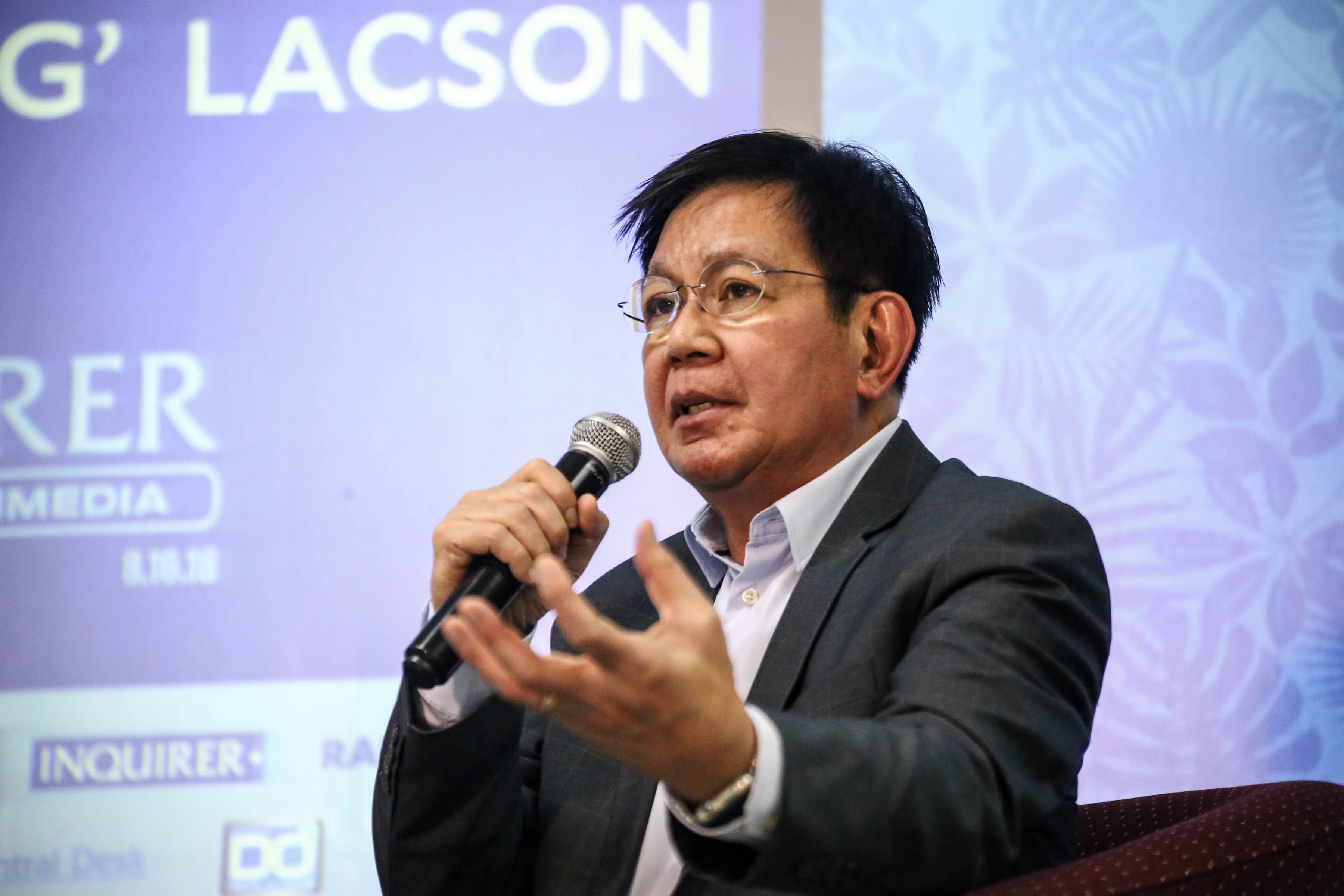 Senator Panfilo Lacson slammed Wednesday the “incompetence” of the Department of Public Works and Highways (DPWH) over a a road project, which was not just a “highly potential waste of funds” but also likely endangers people’s lives “due to lack of planning.”

“It’s bad enough that we lose money to corruption. It’s worse if we lose more due to lack of planning and preparation – or simply put, incompetence,” Lacson said during a Senate committee hearing on the budget of the DPWH for 2019.

“We should take all possible factors into consideration,” he added.

According to Lacson, some P1.84 billion was earmarked for the Baguio-La Trinidad-Itogon-Sablan-Tuba-Tublay (BLISTT) projects in the Cordillera Administrative Region.

However, Lacson noted that despite allocations of P800 million for the project in 2018 and P450 million in 2017, the DPWH “did not appear to anticipate potential hazards.”

Lacson said the agency failed to consult beforehand the Mines and Geosciences Bureau about the project that “could have warned that parts of the roads are in landslide-prone areas.”

This, he pointed out, could have “prompted the DPWH to implement slope protection for the roads.”

Lacson then cited an accident at the Labey-Lacamen Provincial Road, which is one of the BLISTT projects, as an example.

In that incident, Lacson said “one person was killed while five others were injured after a 10-wheeler dump truck they were riding fell off a ravine” while crossing the road.

“Without such planning, the BLISTT project clearly endangers lives, not to mention a highly potential waste of funds,” Lacson stressed.

What’s even worse, he added, the BLISTT project “could very well be a microcosm of many infrastructure projects of the national government.”

“There are lessons to be learned from this. One is that due diligence is part of the planning,” Lacson said.  /kga