Man looking for trouble gets into trouble with Quezon City police 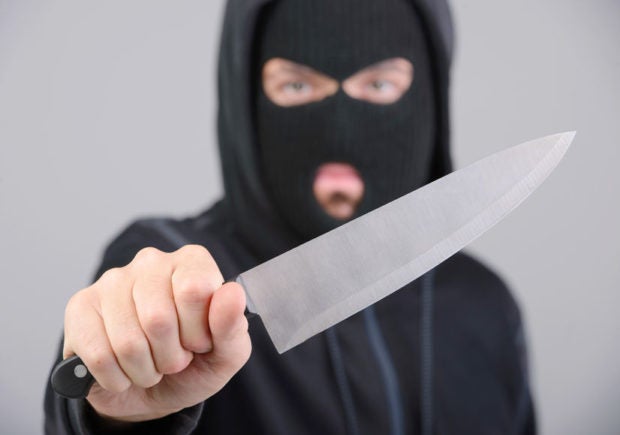 A man who dared people to come out and fight on Tuesday afternoon found his match when authorities from the Quezon City Police District (QCPD) arrested him.

QCPD said they received a call about a certain Lennon Balana, 18, a tricycle driver from Barangay Tatalon in Quezon City, who was making trouble along E. Rodriguez Avenue, near G. Araneta Avenue of the same barangay.

When operatives from QCPD’s Galas Police Station arrived, they saw Balana armed with a kitchen knife, shouting invectives.  A brief scuffle ensued when he resisted arrest.

Balana faces cases for violation of Quezon City’s City Ordinance 5121 which prohibits people from carrying pointed weapons, and Alarm and Scandal based on Article 155 of the Revised Penal Code. /cbb