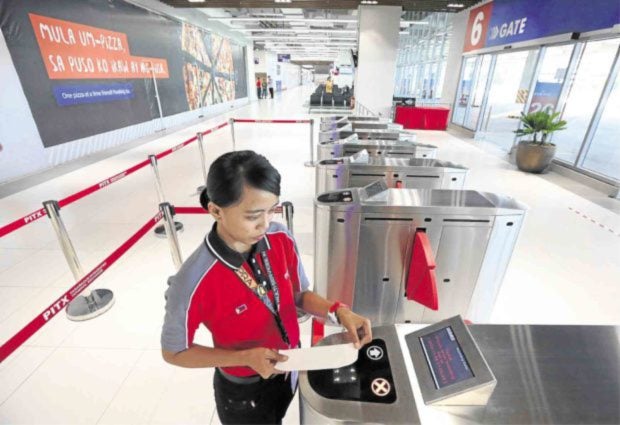 Ticketing counters, boarding gates and separate arrival and departure areas are some of the features of the Parañaque Integrated Terminal Exchange. INQUIRER FILE / MARIANNE BERMUDEZ

The Parañaque Integrated Terminal Exchange (PITX) management released on Monday an initial list of available transport vehicles and the routes that will used the newly integrated transport terminal.

The PITX bus terminal was inaugurated last Nov. 5 and was attended by President Rodrigo Duterte himself in Parañaque City

During the inauguration, Duterte ordered the Department of Transportation to check the roadworthiness of the vehicles that will us the PITX, the first “landport” in the country.

The PITX transport terminal is still undergoing its soft opening as it seeks ways to improve its service. /cbb

The following are the initial lists of routes for public transport vehicles as of Monday: 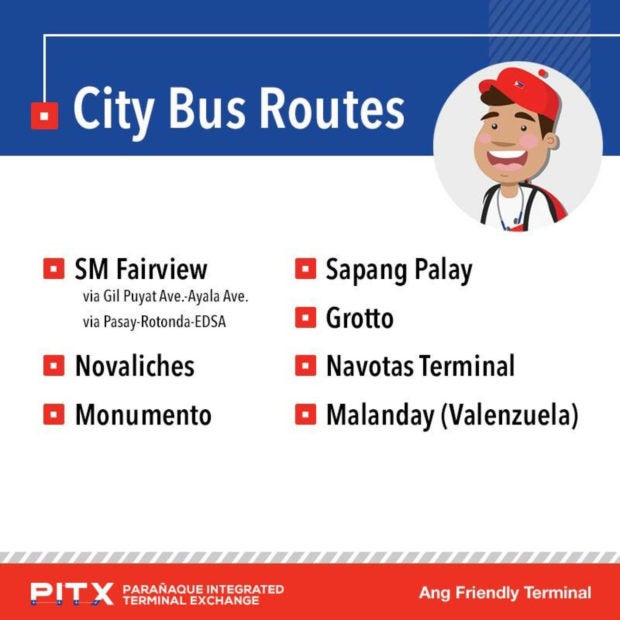 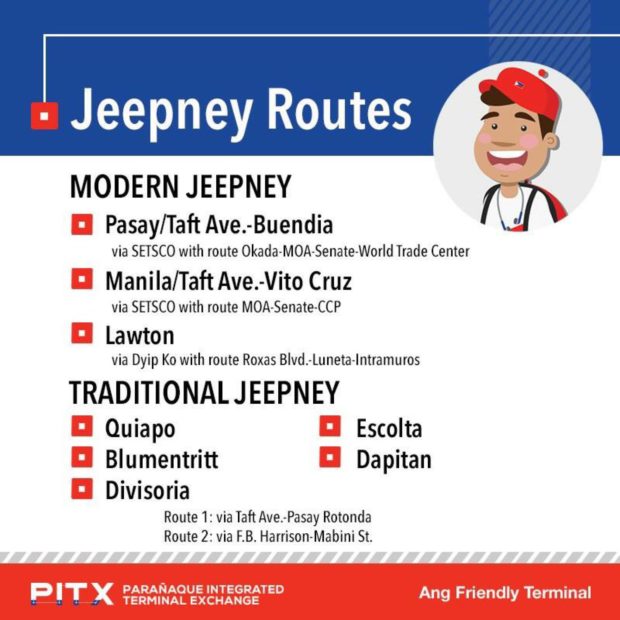 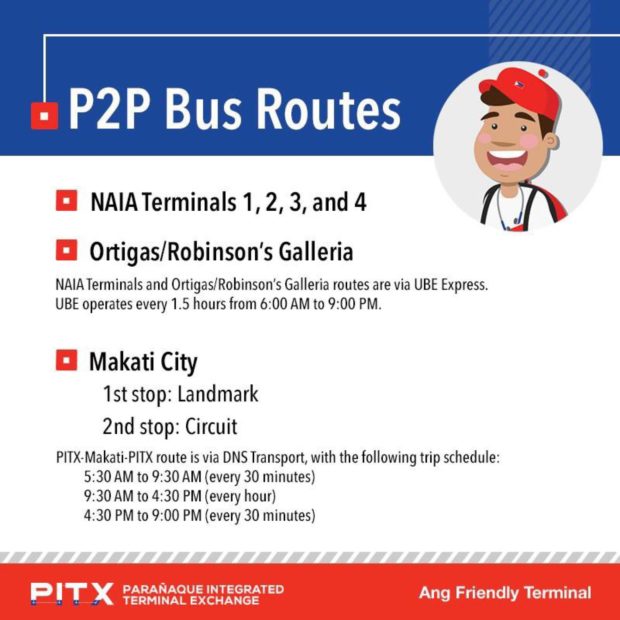 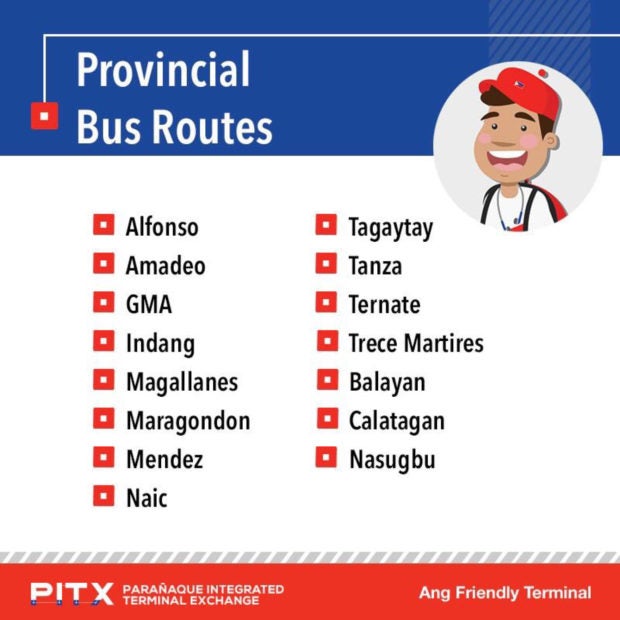 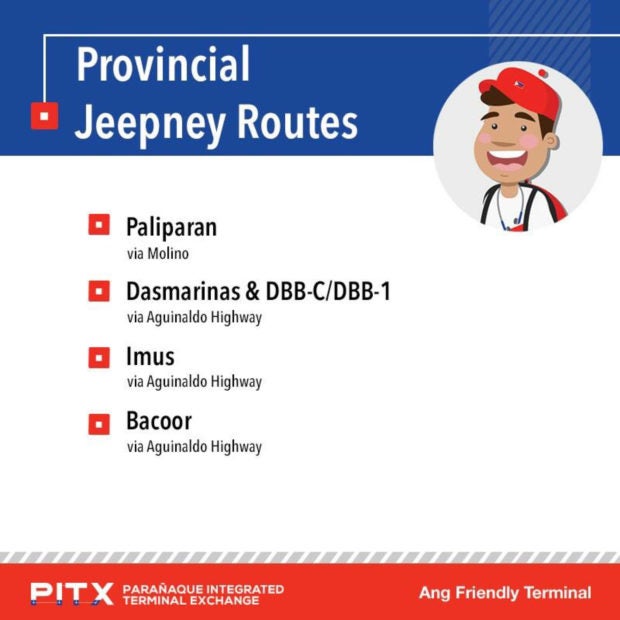