World War I timeline: From first shot to silence of peace 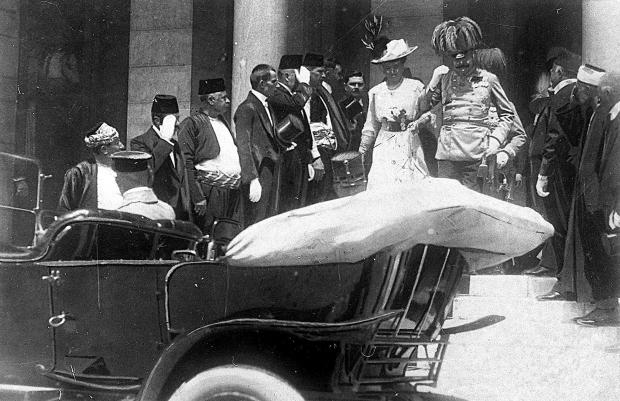 In this photo, taken June 28, 1914, the Archduke of Austria Franz Ferdinand, center right, and his wife Sophie, center left, walk to their a car in Sarajevo. This photo was taken minutes before the assassination of the Archduke and his wife, an event which set off a chain reaction of events which would eventually lead to World War I. (AP photo)

As the world marks 100 years since the fighting stopped, here is a look at some key moments in WWI:

September: Battle of the Marne stops the German advance in France

April 22: First use of a chemical weapon , chlorine gas, near Ypres, Belgium

May 23: Italy enters war, against Austria-Hungary

October: Bulgaria joins war, on side of Central Powers

July 1: Battle of the Somme begins, with first mass use of tanks

March 3: Treaty of Brest-Litovsk ends Russia”s involvement in the war on the Eastern Front.

Sept. 26: Battle of the Meuse-Argonne begins