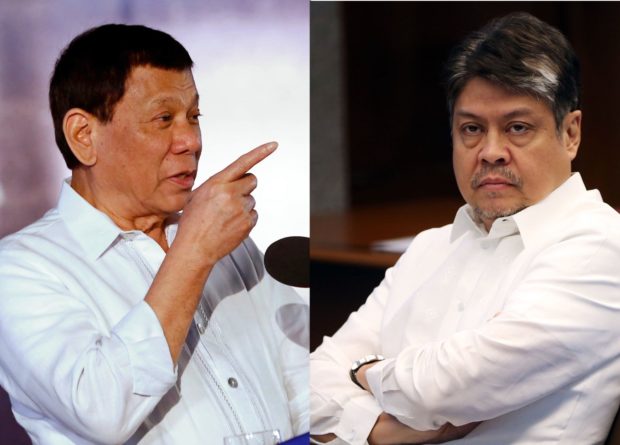 Duterte was referring to the Republic Act 9344 or the Juvenile Justice and Welfare Act of 2006 which exempts minors below 15 years of age from criminal liability.

“If you do not have anything to say except to criticize like Pangilinan, well I’m sorry, better shut up,” he said during his speech in Puerto Princesa City on Saturday night.

According to Duterte, the crime situation in the country got worse and that “great injustice’ began after Pangilinan authored the law.

Despite this, Duterte said that he was not trying to destroy Pangilinan but expressed concern regarding the matter.

He claimed that the law allowed young people who commit crimes to run from authorities and go free regardless of the gravity of the crime.

Section 20 of RA 9344 states: “Children Below the Age of Criminal Responsibility. – If it has been determined that the child taken into custody is fifteen (15) years old or below, the authority which will have an initial contact with the child has the duty to immediately release the child to the custody of his/her parents or guardian, or in the absence thereof, the child’s nearest relative.”