One dead in flooding as heavy rain hits Kuwait 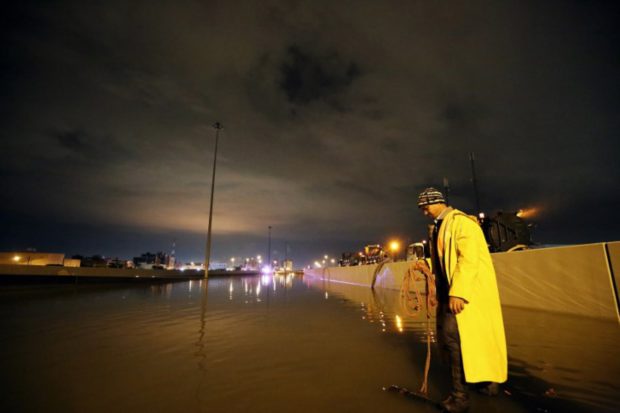 A Municipal worker drains water from a flooded underpass in al-Mangaf district, south of Kuwait City, early in the morning on November 10, 2018. AFP

The health ministry said the man, aged 30, was swept away by the flooding as he tried to rescue his family from their home which was submerged in water.

An unspecified number of people were also reported injured in traffic accidents caused by the rains.

Several vehicles in many areas of the desert kingdom were washed away by the floods, particularly in newly-build residential areas, AFP journalists said.

The Kuwaiti army and the national guard launched search operations as authorities set aside several locations to receive residents threatened by flooding.

The ministries of oil and electricity as well as several oil companies announced a state of emergency, and the government held an urgent cabinet session on Saturday morning.

Prime Minister Sheikh Jaber Mubarak Al-Sabah chaired the meeting and said that officials will be investigated and those who failed in their duties to prevent the flooding will be held accountable.

The state news agency KUNA, quoting the ministry of education, said that private and public schools would be closed on Sunday.

Bad weather accompanied by torrential rain and flash flooding has hit several countries in the region, including Jordan where 12 people have been killed and nearly 4,000 tourists forced to flee the famed ancient desert city of Petra. /cbb