Farmers’ lawyer living simple life – till he was shot dead 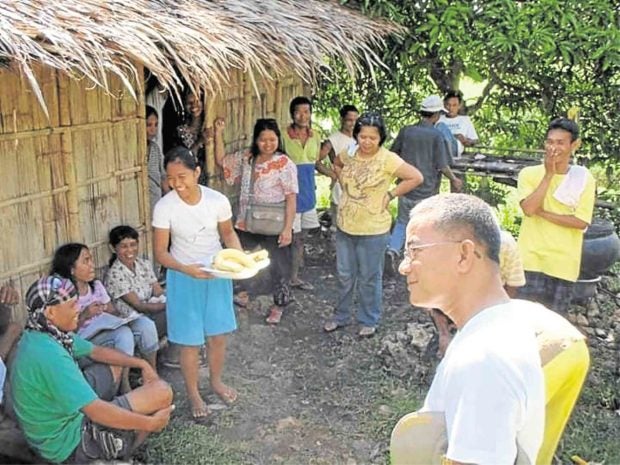 POOR MAN’S DEFENDER Human rights lawyer Benjamin “Ben” Ramos Jr. devoted his professional life to the farmers and fisherfolk of Negros Occidental who were so poor that they
could only pay for his services with fish, bananas and vegetables.

He could have chosen a more comfortable life.

But Benjamin “Ben” Ramos Jr. decided to take the road less traveled as an advocate for farmers and human rights victims, taking up their cases pro bono and earning powerful enemies.

One of them succeeded in silencing the 56-year-old human rights lawyer with three bullets on the night of Nov. 6 in front of a convenience store in Kabankalan City, Negros Occidental.

Unlike many other lawyers, Ben lived simply, didn’t have his own house or car.

He and his wife and their three children lived inside the compound of Paghida-et sa Kauswagan Development Group (PDG), a nongovernment organization that he cofounded to help poor farmers and fisherfolk in Kabankalan.

His two daughters and a son, who studied in public schools, walked or rode a tricycle to school. Many times, he would borrow a vehicle just to make it to his court hearings on time.

His widow, Clarissa, said he didn’t get paid for 95 percent of his cases.

For his services, most of his clients — peasants and fisherfolk — could only give him bananas, fish, chicken, vegetables and sometimes Christmas lanterns.

Clarissa said Ben always explained to his children why he provided free legal services to the poor and they understood and appreciated what their father stood for.

Ben was the only boy among eight siblings. He grew up in Sipalay City, Negros Occidental, where the family had a small piece of land planted to fruit trees.

His mother, Gertrudes, a retired public elementary school teacher, and his father, Ben Sr., a World War II veteran who served as a barangay captain and municipal councilor, were well-respected in their community.

Ben Sr. also was among those credited with making Sipalay, then part of Cauayan town, a separate municipality. He died at the age of 93 in 2011.

Ben’s mother, 92, was not told how he died because, with her frail condition, she might not be able to handle the shock of learning that he was gunned down.

After graduating from Silliman University in Negros Oriental with a business administration degree, Ben worked for the Department of Social Welfare and Development as a project evaluator.

He didn’t enjoy that job and left, his wife said. But to make money for the family, he drove tricycles and sold dried fish until he landed a job as a community organizer for the Philippine Business for Social Progress (PBSP).

Organizing work opened his eyes to the condition of the farmers, igniting his desire to help them. There he found his calling, Clarissa said.

In 1987, he left PBSP to form PDG with some friends to organize farmers and help them with livelihood programs.

Realizing that farmers could not afford to hire a lawyer, Ben decided to become one himself, with financial assistance for his law studies from his parents.

Ben had just passed the bar in 1993 when he met Clarissa, a 22-year-old volunteer at PDG with a nursing degree from Ateneo de Zamboanga University.

Clarissa said she was attracted to Ben’s passion and his hard work so that farmers won their cases.

“He inspired me. At that time, I was still discerning where I was going. He gave me inspiration. [He told me] maybe this is what your direction is,” Clarissa said.

On Dec. 17, 1997, Clarissa and Ben were married at the PDG compound in civil rites attended by family members, friends and some farmers. The food served during the reception was from the produce given by Ben’s clients.

When their three children came along, Clarissa worried about not being able to provide for them. But Ben reminded her that they didn’t need lots of material things to make them happy. What mattered, he said, was their children finished their studies and got decent jobs.

According to Clarissa, Ben started receiving threats in 2006 amid his fight to prevent a group of farmers from being ejected from the land that was awarded to them.

He was first identified as a communist sympathizer in leaflets that were scattered on the streets by unknown persons.

But Ben didn’t waver and in 2007 even helped organize the human rights lawyers’ group, National Union of Peoples’ Lawyers.

Last April, his picture and those of several leaders of activist groups were among the 63 photos of people tagged as communist rebel “personalities” on posters that appeared in Moises Padilla town, some 50 kilometers away from his home in Kabankalan.

Ben refused to be intimidated and continued to attend court hearings, joined rallies and meet with farmers, said Felipe Levy Gelle Jr. of the PDG campaign and advocacy staff.

Nov. 6 was a busy day for Ben. He had filed a request to transfer a political detainee to Bacolod City from Kabankalan and then he got tied up with paperwork at a police station.

Later in the evening, he dropped by his old neighbor from Sipalay who had moved to Kabankalan close to the store where he was shot.

The couple’s eldest daughter received the dreadful message from one of her classmates that Ben had been shot.

Clarissa said that she was so sad that Ben would never be able to see their eldest daughter, a biology student at the University of the Philippines Iloilo, graduate next year — a family milestone that he was looking forward to.

She said her relatives urged her to leave Kabankalan for the sake of her children, but she refused.

“If we leave here, it is like giving up his advocacy. I cannot in my heart leave what he has started,” she said. —With a report from Ador Vincent Mayol