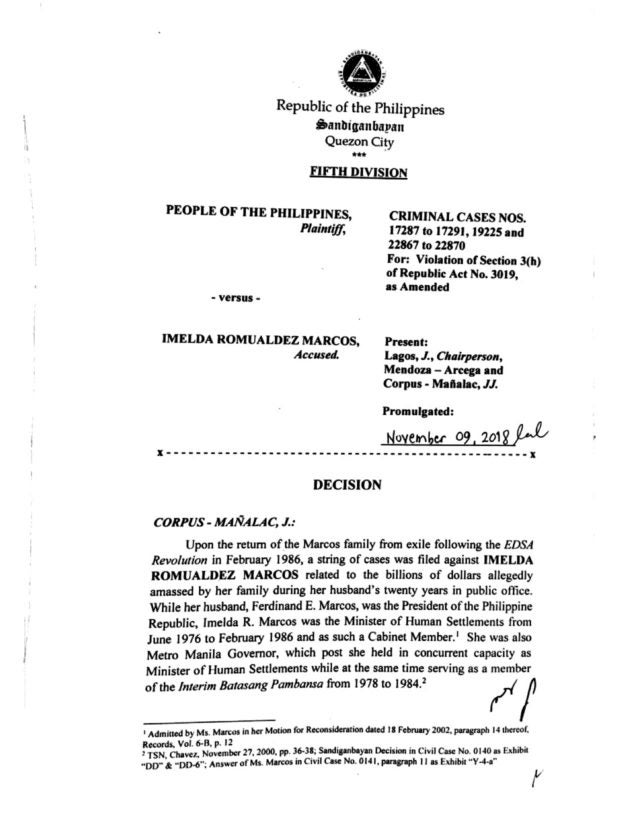 In the 70-page decision, the anti-graft court found Mrs. Marcos guilty beyond reasonable doubt in criminal case numbers 17287, 17288, 17289, 17290, 22867, 22868, and 22869 for violating Republic Act 3019 or the Anti-Graft and Corrupt Practices Act when she transferred around $200 million to seven Swiss foundations during her term as governor of Metro Manila in 1975, member of the Batasang Pambansa, and Minister of Human Settlement.