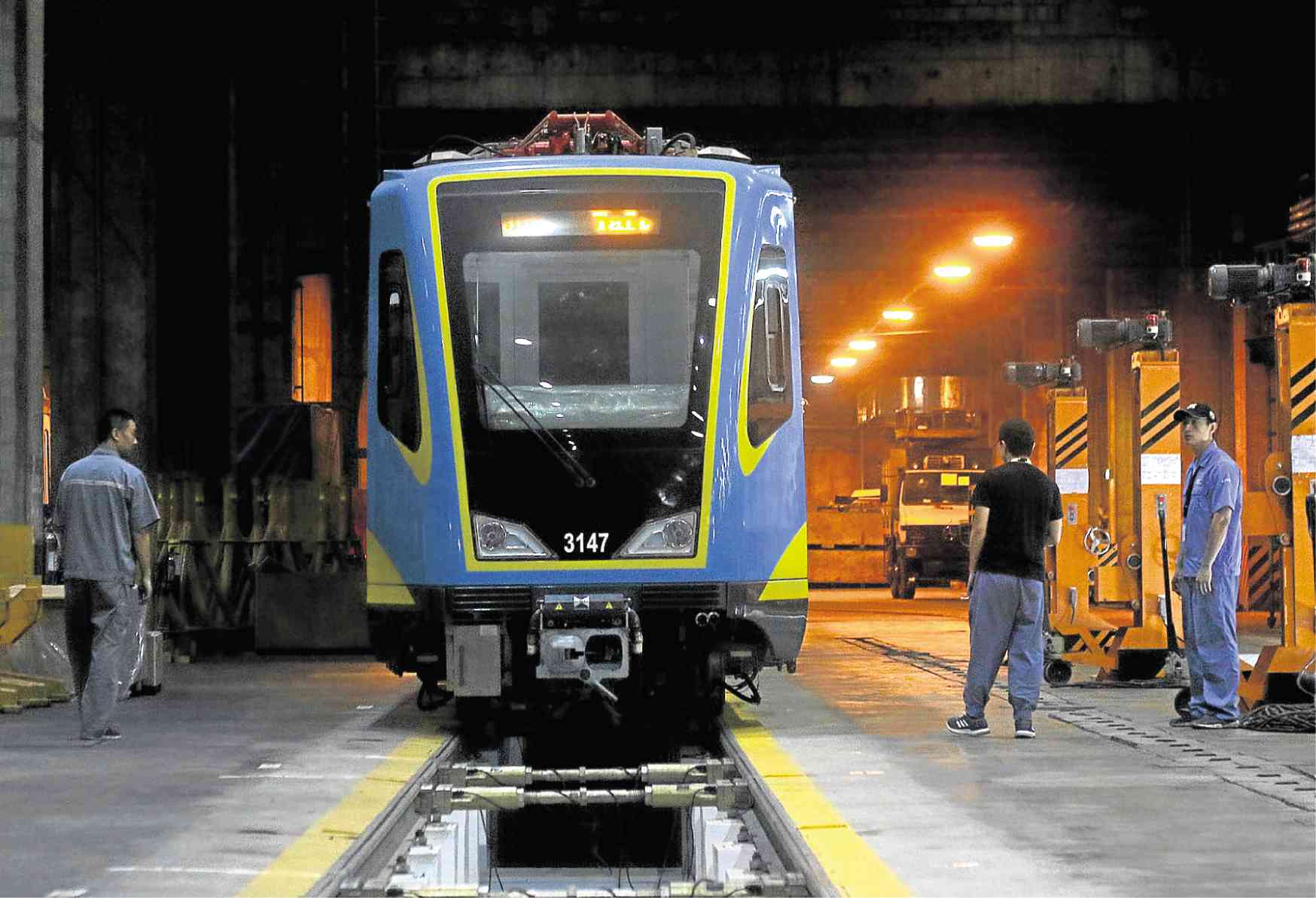 TEST RUN. Over a year since their delivery, two of the Dalian trains will finally hit the tracks, albeit for a short period. —INQUIRER FILE PHOTO

The first set of Dalian coaches for the Metro Rail Transit line 3 (MRT-3) must first complete a 1,000-kilometer test run for 150 hours before being deployed during peak-hours operation, the Department of Transportation (DOTr) said Thursday.

DOTr Undersecretary for Railways Timothy John Batan said the first set of trains that were acquired from China-based CRRC Dalian Co. Ltd. is currently being deployed during off-peak hours.

“We are already operating them (for) passengers (during) off-peak hours for 150 hours,” Batan told reporters after the signing ceremony for the MRT-3 rehabilitation loan agreement.

After three years of delay, three of the 45 Dalian coaches imported from China started to service passengers of MRT-3 last October 27.

Batan earlier said that the use of Dalian coaches was aimed to decrease the number of MRT-3 breakdowns as it experienced 56 glitches since the January 2018,

Batan also said the rest of the Dalian coaches are still being evaluated, and hoped that more coaches will be used during the holiday season.

The 48 Dalian coaches were purchased during the Aquino administration but were stored in the MRT-3 depot for three years due to alleged compatibility issues.  /kga