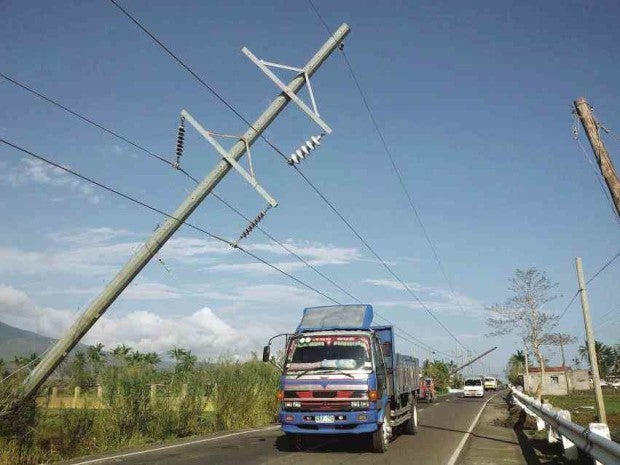 Electric posts and power lines hang precariously over a highway in Tiwi town in Albay province after being battered by Typhoon ‘Nina’ in December 2016. GEORGE GIO BRONDIAL

“We must start doing this in 2019 and onwards as a climate change adaptation and disaster mitigation program,” said Ong, a member of the House committees on energy and information and communications technology.

He noted that the country “is in the path of and is battered by storms all year.”

However, the lawmaker noted that his proposal, which is being initiated in Davao City, would require “massive investments and meticulous planning by both the power and telecoms sectors.”

“It can be done gradually starting with Eastern Visayas, Bicol, northeastern Mindanao, and the eastern seaboard of Luzon,” Ong said. He explained that typhoons hit these areas with full force,” he added. /cbb