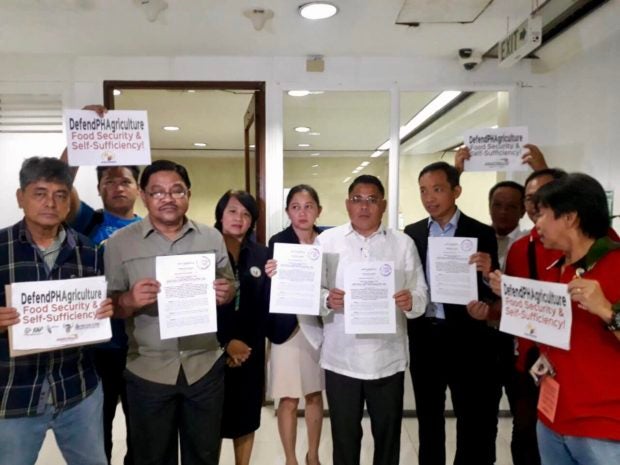 Photo from the Makabayan bloc / file

Progressive lawmakers from the House of Representatives’ Makabayan bloc condemned on Wednesday the “cold-blooded” murder of people’s lawyer Ben Ramos as they blamed the Duterte administration “for the rising level of impunity” which endangers lawyers and rights defenders who are critical of the government.

Fifty-six-year-old Ramos, the 34th lawyer killed under the present administration (24th excluding judges and prosecutors, and 8th in Visayas), was shot dead in Kabankalan City, Negros Occidental on Tuesday night.

Ramos was the secretary-general of the National Union of People’s Lawyer (NUPL) in Negros Occidental and was a human rights defender who took on pro bono cases representing some of the most marginalized sectors in the Philippines including the “Mabinay 6,” and the “Sagay 9 massacre” cases.

Kabataan Rep. Sarah Elago said he had also been among the “targets of red-tagging and harassment through a flyer circulated last April 2018, by suspected state forces.”

“It is ironic that while the state perverts [the] law, those who live out the supposed spirit of the law are the ones who get demonized and killed,” she said in a statement.

Bayan Muna and NUPL chair Neri Colmenares and Bayan Muna Rep. Carlos Zarate, meanwhile, said lawyers and human rights defenders should not be attacked for the exercise of their profession.

“I ask the Supreme Court to step in and hold the perpetrators to account. This has got to stop!” Colmenares said.

“We should continue the struggle by exposing the impunity and fight the terror-sowing Duterte government on its attempt to further advance the interest of big despotic landlords in the province by preserving the feudal bondage of poor and landless farmers,” Casilao said.

ACT Teachers Reps. Antonio Tinio and France Castro for their part demanded justice for Ramos, as well as an end to the killings of human rights defenders, environmentalists, activists, farmers, and workers.

“There is blood in the hands of the Duterte administration which tags progressive organizations and individuals who raise legitimate and just demands as rebels and criminals that make them targets of states’ security forces or hired to kill armed groups,” Castro said. /jpv