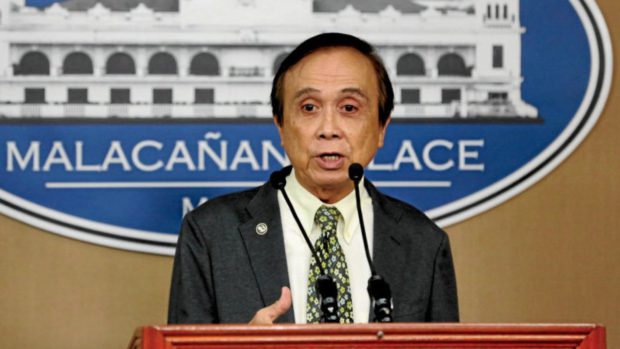 Pernia was banking on the implementation of Administrative Order No. 13 (AO13), which removes the limits and administrative constraints on the importation of agricultural goods.

AO13 would have a bigger effect on inflation by lowering the prices of rice, fish, and meat, according to the chief of the National Economic and Development Authority (Neda).

Inflation would go down “easily below 6.5 percent,” Pernia said Wednesday when asked over ANC about the benefits of AO13.

President Rodrigo Duterte signed the order in October but its effects were not immediately felt, the Neda chief said.

“These things don’t make a bite right away on inflation. I think in November the impact would already have a more noticeable effect,” he added.

Pernia cited “policy effect lag” for inflation not going down despite government’s measures to tame it.

“There’s a policy effect lag. We implement a policy but if it’s in terms of getting it to have an impact, it takes the delivery agencies like the Department of Agriculture to see to it that it is implemented to the fullest,” Pernia said.

The Philippine Statistics Authority announced on Tuesday that inflation remained at 6.7 percent in October. /cbb