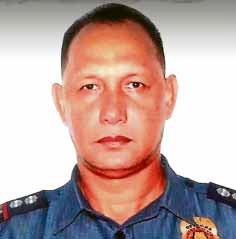 ZAMBOANGA CITY — A police superintendent on President Rodrigo Duterte’s “narcolist” was killed in a shootout with law enforcers in a buy-bust operation in Dipolog City on Monday night, as the Philippine National Police regional office pressed its campaign to rid its ranks of officers with drug links.

Senior Supt. Romeo Caramat, chief of the PNP Counter-Intelligence Task Force (CITF), which operates against rogue officers, said Rapiz was on a list of 6,000 suspected drug dealers compiled for the President’s war on drugs.

The President on Tuesday promised to reward the policemen who killed Rapiz with a trip to Hong Kong.

He said he was open to converting the trip to cash.

Noting that Rapiz was a ranking officer, the President promised to reward policemen who would kill their superiors who were involved in the illegal drug trade.

He also reminded policemen that there was a P3-million reward for officers who could kill “ninja cops” — officers who sell confiscated illegal drugs.

Rapiz was selling P50,000 worth of “shabu” (crystal meth) to undercover agents from the CITF and the Philippine Drug Enforcement Agency (PDEA) in Dipolog City on Monday night when he sensed that he had been caught in a buy-bust operation.

Galvez said Rapiz tried to escape, but he was cornered in front of the Andres Bonifacio College gym.

“Instead of [surrendering], he drew his firearm and fired at the arresting [officers]. The [authorities] fired back, hitting him,” Galvez said.

Recovered from Rapiz was a plastic packet containing the shabu that he had tried to sell to the agents and a semiautomatic pistol.

He was taken to Corazon Aquino Hospital in Dipolog, where doctors pronounced him dead on arrival, Galvez said.

Earlier, Licup announced an intensification of a campaign against police in the region with drug links.

He said 11 officers had been arrested in drug raids, while 31 others had tested positive for drugs.

Rapiz was the third policeman to be killed in the campaign.

Two other officers — PO3 Ronald Bernardo and PO2 Ma. Oliver Olaso, both members of the narcotics team of the Zamboanga City police — were killed in a shootout with undercover agents during a drug raid on Aug. 18.

Nearly 5,000 people have been killed in police operations since the President launched his brutal war on drugs in 2016.

Human rights groups claim the actual score is five times that figure and that the victims were mostly small-time drug users or peddlers gunned down by motorcycle-riding assailants, who are either hired guns working for the police or policemen themselves.

The PNP rejects that charge, saying the other killings were “deaths under investigation.” —With reports from Julie M. Aurelio and the wires