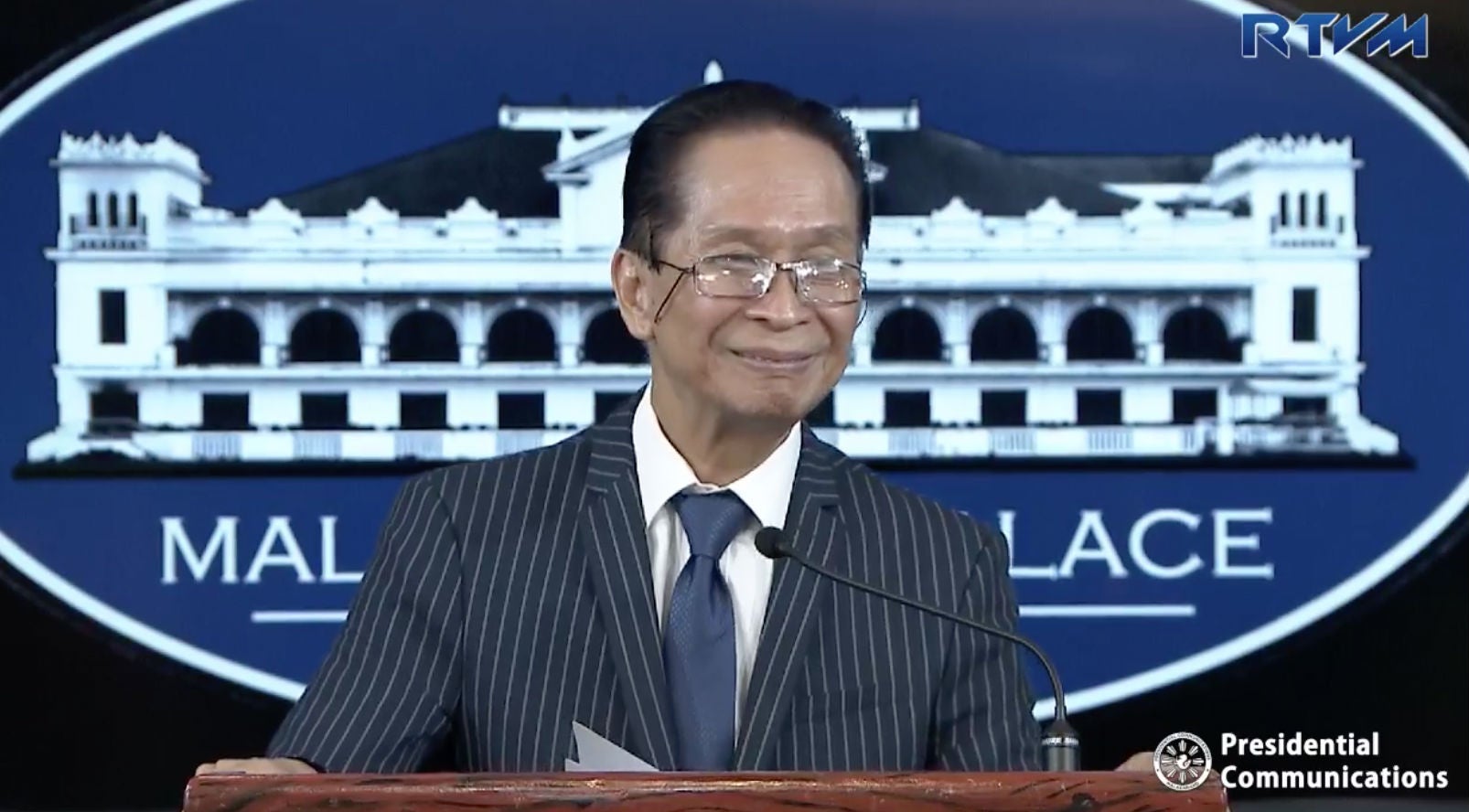 President Rodrigo Duterte’s “expression of support” for senatorial aspirant Freddie Aguilar was not a form of premature campaigning, Malacañang said Tuesday after the chief executive urged the public to “vote” for the folk singer in the 2019 midterm elections.

Presidential Spokesperson Salvador Panelo said Duterte could not be accused of premature campaigning since the campaign period has not yet started.

During the inauguration of a transport terminal in Parañaque City on Monday, Duterte hailed Aguilar, raised his hand and said, “Vote for Freddie Aguilar!”

“In this particular case, the President has made a statement backing Freddie Aguilar on his bid by acknowledging the latter’s brilliance and nationalism. PRRD (Duterte) said that he believes in the man’s capability in helping the country. We stand by this pronouncement,” Panelo said in a statement.

During a Palace briefing on Monday, Panelo was asked if the President’s words and actions equated to premature campaigning.

“A question was, however, asked with regard to the President’s statement being a form of premature campaigning. To this, we responded in the negative, explaining that the President was not referring to elections. This is because the period therefor will only start on January 13, 2019,” Panelo said.

“Such reasoning is in line with the case of Penera vs. Comelec where the Supreme Court explained that a person who files a certificate of candidacy may only be considered as a candidate at the start of the campaign period,” he added.

He said that “for all intents and purposes, Mr. Aguilar cannot be considered as a candidate yet under election laws since the campaign period for the upcoming elections for senators will be from February 12, 2019, to May 11, 2019, only.”

“This is the reason why we explained the President’s pronouncement as a mere request addressed to the people to support Mr. Aguilar as an outstanding man, the latter not being considered as a candidate yet under our laws,” he said.

“Even if what the President said is an endorsement in relation to Mr. Aguilar’s Senate bid, which it is, in the appropriate time, the same cannot be a violation of election laws in view of the Supreme Court case of Penera v. Comelec which effectively declares that premature campaigning is no longer considered as an offense because a person cannot be treated as a candidate until the campaign period,” he added./ac