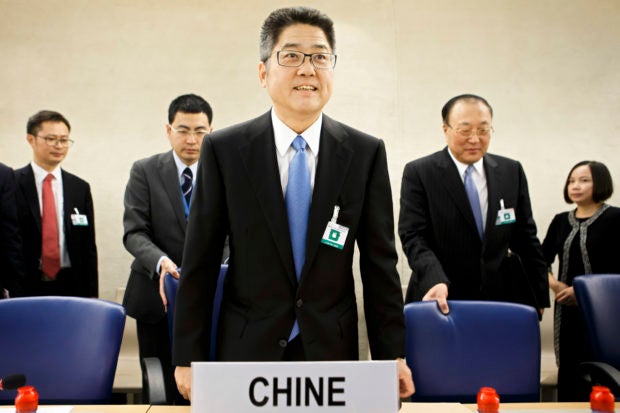 Chinese Vice-Foreign Affairs Minister Le Yucheng arrives for the Universal Periodic Review (UPR) of China by Human Rights Council, at the European headquarters of the United Nations in Geneva, Switzerland on November 6, 2018. AP

Advocacy groups including Human Rights Watch want the Human Rights Council to press Chinese authorities on issues like use of mass detention centers in the western Xinjiang region where many Uighurs live.

Some foreign officials and rights groups have criticized China’s use of so-called “vocational training centers,” which they say aim to strip the Uighurs of their religion and ethnic identity.

Tuesday’s review of China is part of the Human Rights Council’s universal period review process under which each UN member state comes up for examination every four to five years.