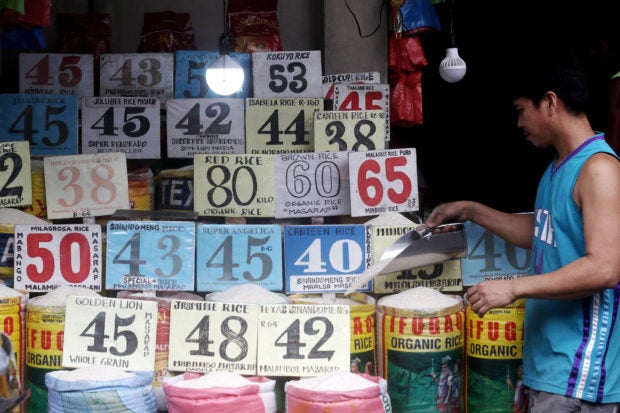 Senator Sherwin Gatchalian said the implementation of suggested retail prices for rice was a mere ‘stop-gap’ measure as he urged fellow legislators to pass the Rice Tariffication Bill to stop abuses by some traders. INQUIRER PHOTO / RICHARD A. REYES

While he supports the implementation of sanctions against erring rice traders and retailers, Senator Sherwin Gatchalian believes that such move is just a “stop-gap” measure.

Instead, the senator on Monday pushed for “permanent” solutions, including the passage of the rice tariffication bill at the soonest possible time.

“I fully support the administration’s move to impose sanctions on rice traders and retailers who are caught selling at prices above the suggested retail price (SRP) for local and imported rice,” Gatchalian, chair of the Senate committee on economic affair, said in a statement.

He said he also approved of plan to impose an SRP Program that would cover the entire country.

“Having said that, however, the implementation of sanctions against erring traders and retailers is just a stop-gap measure. We must also pursue more permanent solutions, such as the passage of the rice tariffication bill and its immediate implementation as law,” the senator added.

Gathcalian then prodded his colleagues to immediately pass the bill.

Agriculture Secretary Emmanuel Piñol earlier warned that the National Food Authority (NFA) might revoke the licenses of rice traders and retailers who would not follow the newly implemented SRPs on rice. /cbb