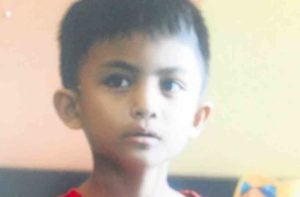 When his son, John Joric Dean Regala, was diagnosed with acute lymphocytic leukemia in March 2016, Josue took care of him.

Josue, a farmer in Rizal town, Occidental Mindoro, placed his wife in charge of looking after their four other children, so that he could accompany John Joric to Manila to seek treatment.

He and his son, who is now 6 years old, have since been staying at a shelter in Paco, Manila.

“Sometime last year, while waiting for John Joric to undergo chemotherapy at Philippine Children’s Medical Center, I suffered a hernia and appendicitis,” Josue told the Inquirer.

He was initially reluctant to seek treatment until a resident doctor at the shelter advised him to go immediately to the nearby Philippine General Hospital.

“‘Who will take care of your son if your condition worsens?’ the doctor asked me. So I went to the hospital for an operation which, fortunately, was free of charge. Now that I am better, I can concentrate on looking after my son,” Josue said.

John Joric will soon undergo the eighth of 14 chemotherapy sessions doctors recommended for his treatment.

Josue asked Inquirer readers for help in raising the P24,000 his son needs for each session. The money he got from mortgaging his farm is now gone.