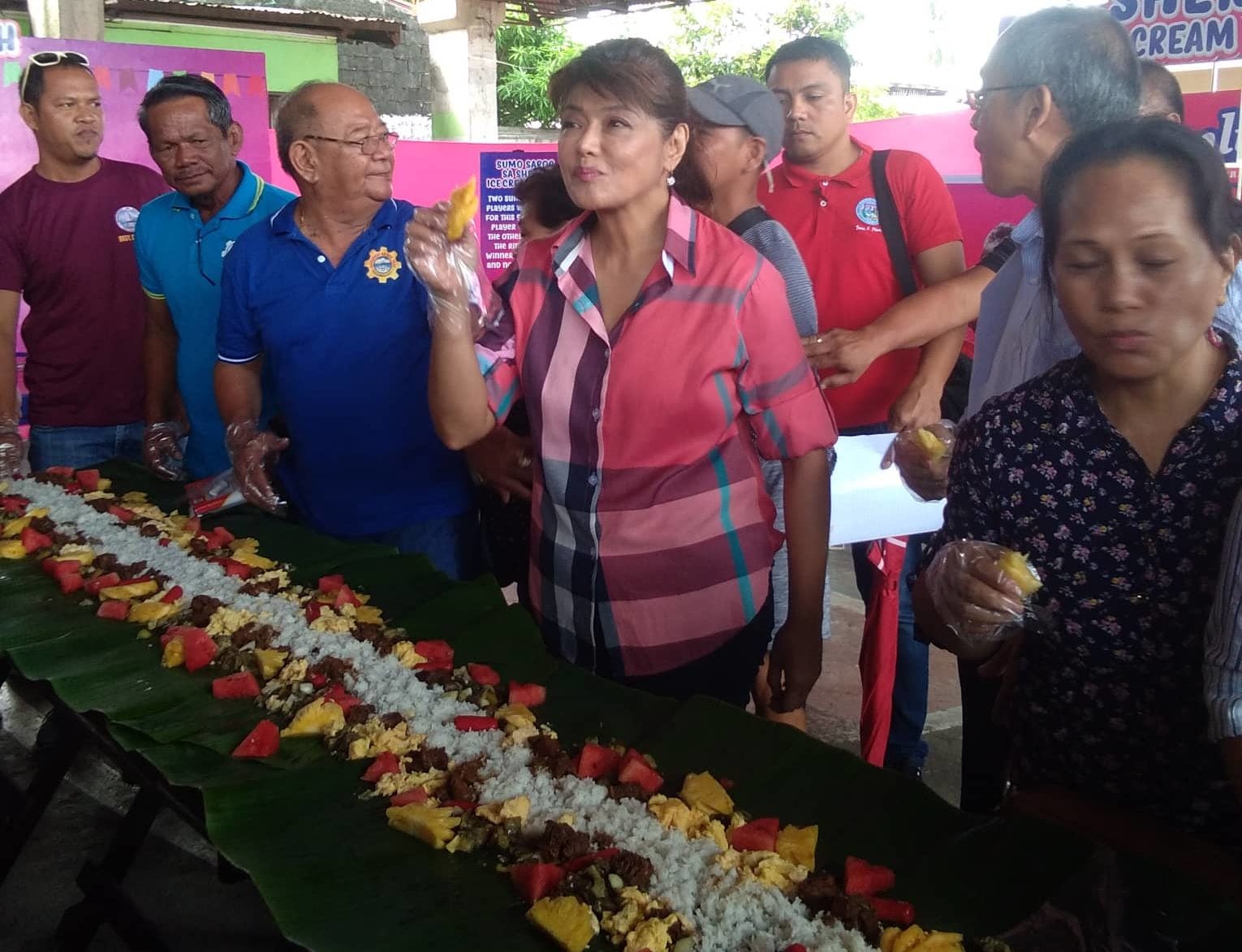 locos Norte Governor Imee Marcos sees nothing wrong with the appointments of military personnel to various agencis.Marcos was in the city on Saturday where she was given an advance birthday bash by barangay officials of the seven villages of San Jose district. Photo by Joey A. Gabieta, Inquirer Visayas

TACLOBAN CITY – For the daughter of the late strongman, Ferdinand Marcos, there was no such thing as militarization under the Duterte administration.

Ilocos Norte Gov. Imee Marcos pointed out that the military officials appointed in various government positions were no longer in active military service.

She added that President Duterte preferred these retired military officials due to the mindset instilled while in the service: Follow orders without questions.

“Marami naman na general na nagretire na gusto-gusto i-appoint ni Presidente. Sa palagay ko,talagang gusto niya, aksyon agad at yung military, mabilis naman (There are a lot of retired generals whom the President wants to appoint. I think the reason he wants them is they act immediately and the military act fast),” she said during a visit here on Saturday.

Several sectors have aired their apprehensions over the appointment of several former military officials to various government agencies, calling it militarization of civilian offices.

The latest appointee is former Armed Forces chief of staff Rey Leonardo Guerrero who was appointed to the Bureau of Customs.

But Marcos, who is running for senator, said the country could benefit from the training and discipline of these retired military officials appointed by Mr.Duterte to various government posts.

She also pointed out that it was the prerogative of the President to appoint who he wanted to put in office.

“He has the right to do that at mukhang natutuwa siya sa military kasi sumusunod, wala ng questions (And I think he is happy with the military because they obey without questions),” she said.