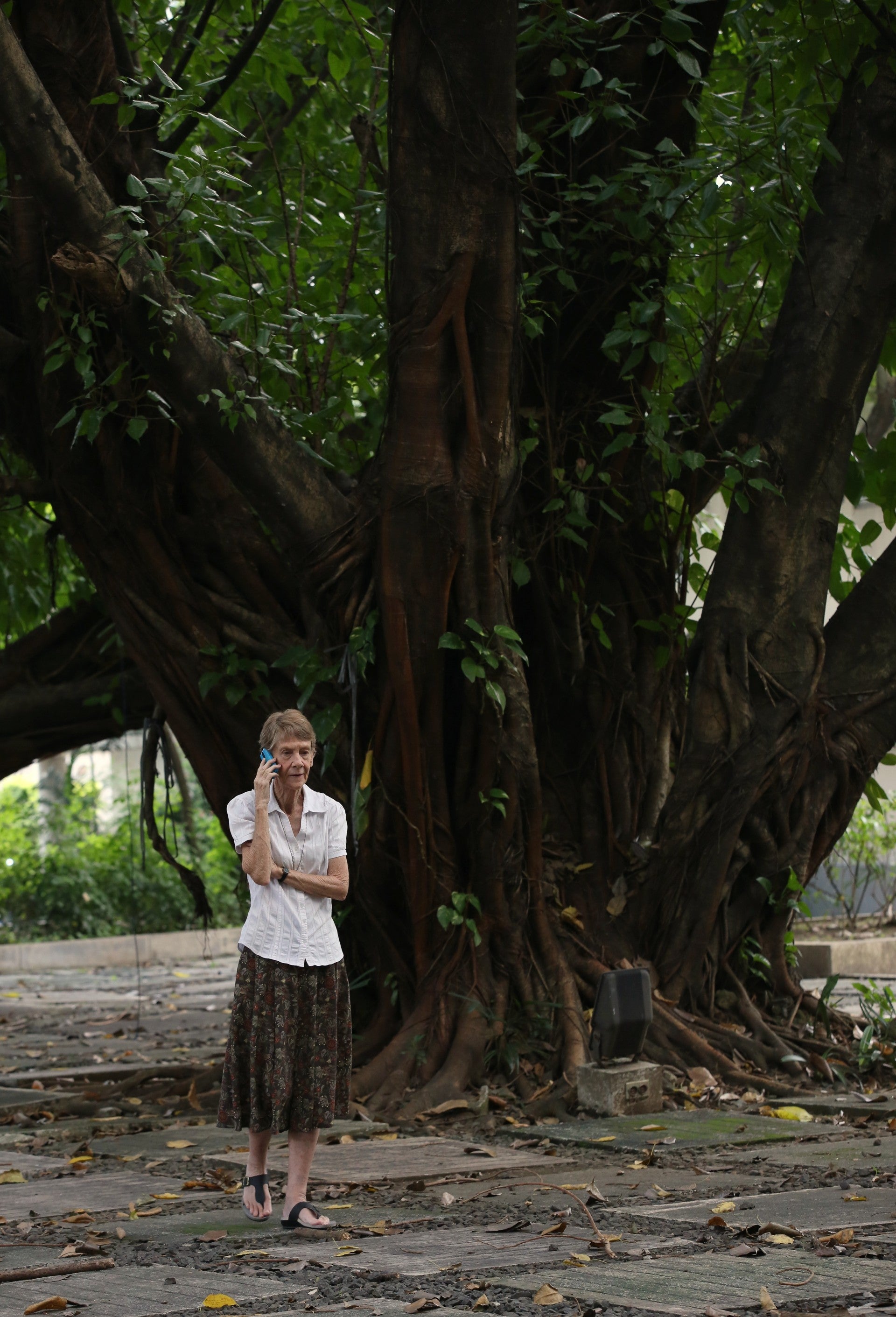 LEAVING DEEP ROOTS BEHIND Sister Patricia Fox says she is sad to leave, but wherever she may be she knows the spirit of freedom will never die in the Philippines. —LYN RILLON

Sister Patricia Fox, the elderly Australian missionary nun who is being forced to leave the country by the Duterte administration, is not going quietly.

On the eve of her departure on Saturday, Fox urged Filipinos to stand courageous and to not be paralyzed by fear and keep silent amid human rights violations in the country, which has been her home for nearly three decades.

Fox, 71, has been a target for deportation by President Duterte since April for allegedly violating her missionary visa.

She has been accused of taking part in news conferences, labor-related fact-finding missions and protests calling for political prisoners to be freed, for human rights and land rights to be respected and for the lifting of martial law in Mindanao.

She lost her appeal to stay in the country after the Bureau of Immigration downgraded her missionary visa to a visitor’s visa, allowing her to stay for 59 days ending on Saturday, Nov. 3.

‘Wake up the world’

In a statement on Friday, Fox urged Filipinos “not to succumb to fear and inaction” and to reflect on Pope Francis’ 2014 message challenging Catholics “to put the gospel into effect in our lives in service of the poor and oppressed.”

“This challenge is very relevant in our current situation. In ‘Evangelii Gaudium,’ Pope Francis states: ‘The pastoral challenge I see now to the church and all people of good will today—not to be silent in the face of massive human rights violations.’”

“The times call for us to ‘wake up the world’ as Pope Francis asks,” Fox said.

Defending her activities while in the country, Fox said the rallies she joined were in support of farmers and indigenous peoples and were “neither political nor partisan but part and parcel of my apostolate and missionary work.”

“In contrast, sitting idly, keeping one’s silence, doing nothing when injustice and oppression is happening … is repugnant to the social doctrines and teachings of the church for salvation and liberation to the poor and powerless,” she said.

In her statement on Friday, Fox said “there seems to be no relief for the poor” in the face of rising prices while “a culture of impunity continues and democratic institutions are slowly being undermined.”

“Charter change threatens to institutionalize dictatorship. The Church and church people have come under attack with priests even being killed in front of the altar,” she added.

Mr. Duterte, who says he refuses to hear criticisms from people who are not Filipinos, had ordered Fox investigated, prompting immigration authorities to briefly detain her. 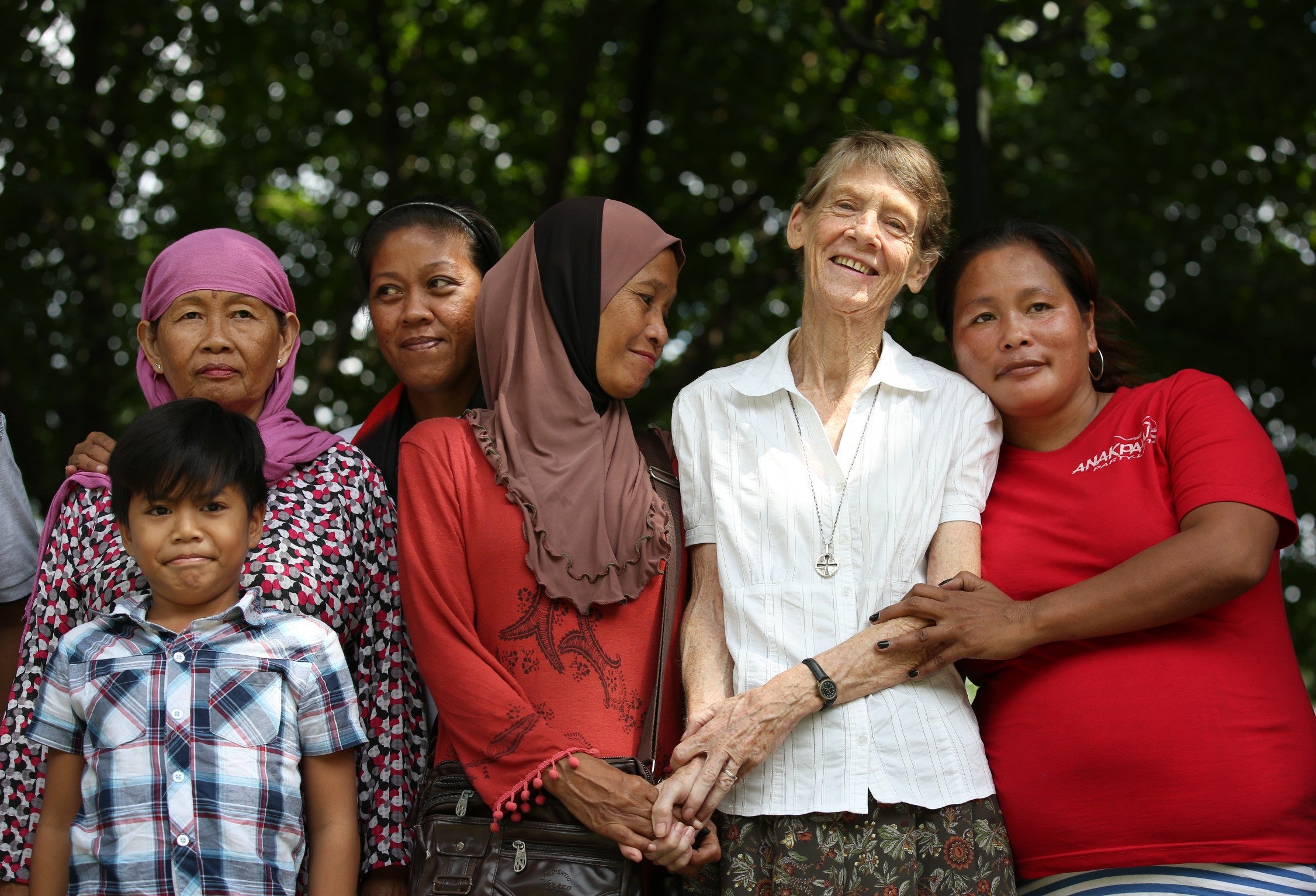 The President accused Fox of “disorderly conduct” and having a “foul mouth.”

“You come here and insult us, you trample with our sovereignty. That will never happen,” Mr. Duterte said in April. “I assure you, if you begin to malign, defame (the) government in any of those rallies there, I will order your arrest.”

Fox was to leave on a Philippine Airlines flight to Melbourne at 9 p.m. on Saturday.

A Mass for her was scheduled to be held in Quezon City in the morning, and a caravan of her supporters was to send her off at Ninoy Aquino International Airport.