No minimum fare hike yet for now 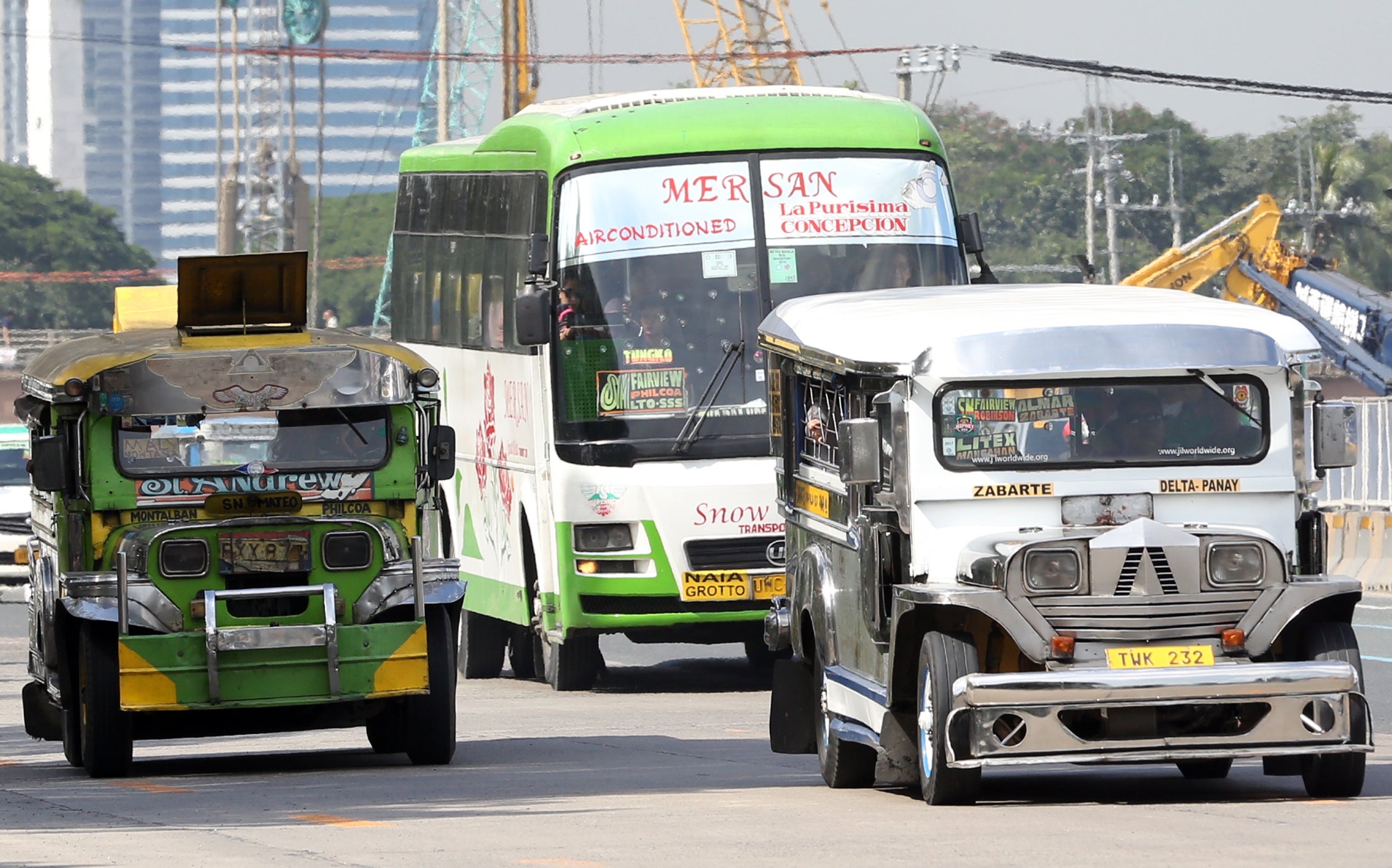 NOT SO FAST The new minimum fare for jeepneys and buses has been approved, but drivers cannot charge commuters yet until the updated fare matrix is out.—NIÑO JESUS ORBETA

The new minimum fare for jeepneys and buses will only take effect after the holidays when the Land Transportation Franchising and Regulatory Board (LTFRB) shall have officially issued an updated fare matrix.

Thus, jeepney and bus operators are not yet allowed to charge passengers the new minimum fares, which  supposedly were to take effect today, until an updated fare guide or matrix has been issued by the LTFRB.

On Oct. 18, the LTFRB approved a P10 minimum fare rate for public utility jeepneys (PUJs) in Metro Manila, Central Luzon and the Cavite, Laguna, Batangas, Rizal and Quezon (Calabarzon) region, and a minimum fare of P11 for commuter buses in Metro Manila.

“Once it has been issued, that’s the only time when drivers can charge higher fares,” he added.

Under LTFRB rules, jeepney operators have to pay at least P570 for the new fare guides.

Buses, meanwhile, have to pay P50 since the P1 increase is only provisional.

Of the estimated 55,000 jeepneys affected by the hikes, not a single operator has applied for the new fare guide yet.

The fare hikes have further stoked public anger over the series of price increases, from oil to basic goods, that have hit them since the implementation of President Duterte’s tax reform program.

It has also placed the LTFRB in an uncomfortable Catch-22 situation: weighing the transport sector’s continued viability against the commuters’ need for affordable public transport.

It was earlier reported that the increases would take effect on Nov. 3.

In the interim, the board also dismissed an appeal by private citizen Arlis Acao and United Filipino Consumers and Commuters representative Rodolfo Javellana Jr. to suspend the fare hikes.

But while the appeal’s dismissal formally clears the way for the fare hikes, the Department of Transportation on Tuesday urged the LTFRB to again review the new fares “in light of movements in world oil prices.”

LTFRB chair Martin Delgra said the review would not stop the hike’s implementation.  However, it could pave the way for an “automatic” rate matrix that adjusts according to consumer price index (CPI) and pump price movements.

Such a matrix is similar to the one used in the airline sector, where fare adjustments for fuel surcharges are also based on CPI and pump prices.

Delgra said they would begin the review once the fare hikes are implemented.