15,000 visit memorial park in Bohol on All Saints’ Day 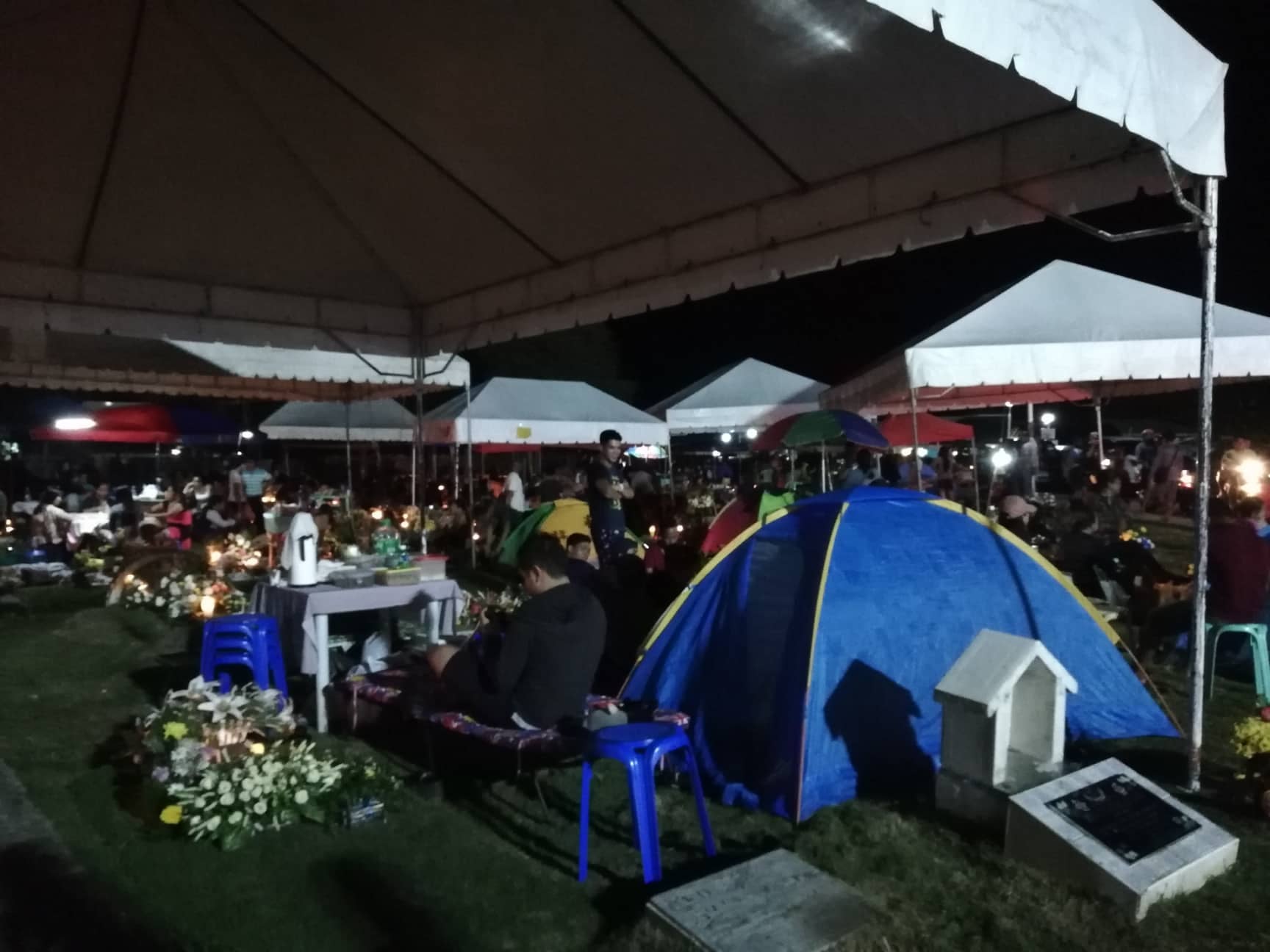 Some residents have spent the night at the Victoria Memorial Park in Tagbilaran City, Bohol on Thursday, Nov. 1. Leo Udtohan/Inquirer Visayas

Most of them spent the night at the park, according to Aurelio “Ondoy Kalag” Gahit, the park’s caretaker.

After they offered flowers, candles, and flowers, some family members had dinner.

Some teenagers wore Halloween costumes such as “Valac,” a horror character. They roamed around the cemetery for fun.

Instead of being scared, some people came to have pictures taken with the horror character.

But the crowd was not bigger compared to last year.

“Some came early to visit their loved ones,” said Gahit.

Gahit said police visibility helped deter the occurrence of crimes in the area.

ADVERTISEMENT
Read Next
Soldier hurt in All Saint’s Day clash with suspected rebels in Ecija
EDITORS' PICK
Been there, done that but what’s the difference between MECQ and GCQ?
PNP: Checkpoints back in MECQ areas
Water remains our saving grace right now
Smart 5G goes live
A gem of a residence in the new normal
BREAKING: 3,226 latest COVID-19 cases bring PH’s total to 106,330
MOST READ
MECQ guidelines in infographics
MECQ in NCR, other areas: Mass transportation suspended, quarantine pass required anew
Lacson takes up cudgels for health workers ‘threatened’ by Duterte
Doctors group to Duterte: ‘There was never a call for a revolt’
Don't miss out on the latest news and information.