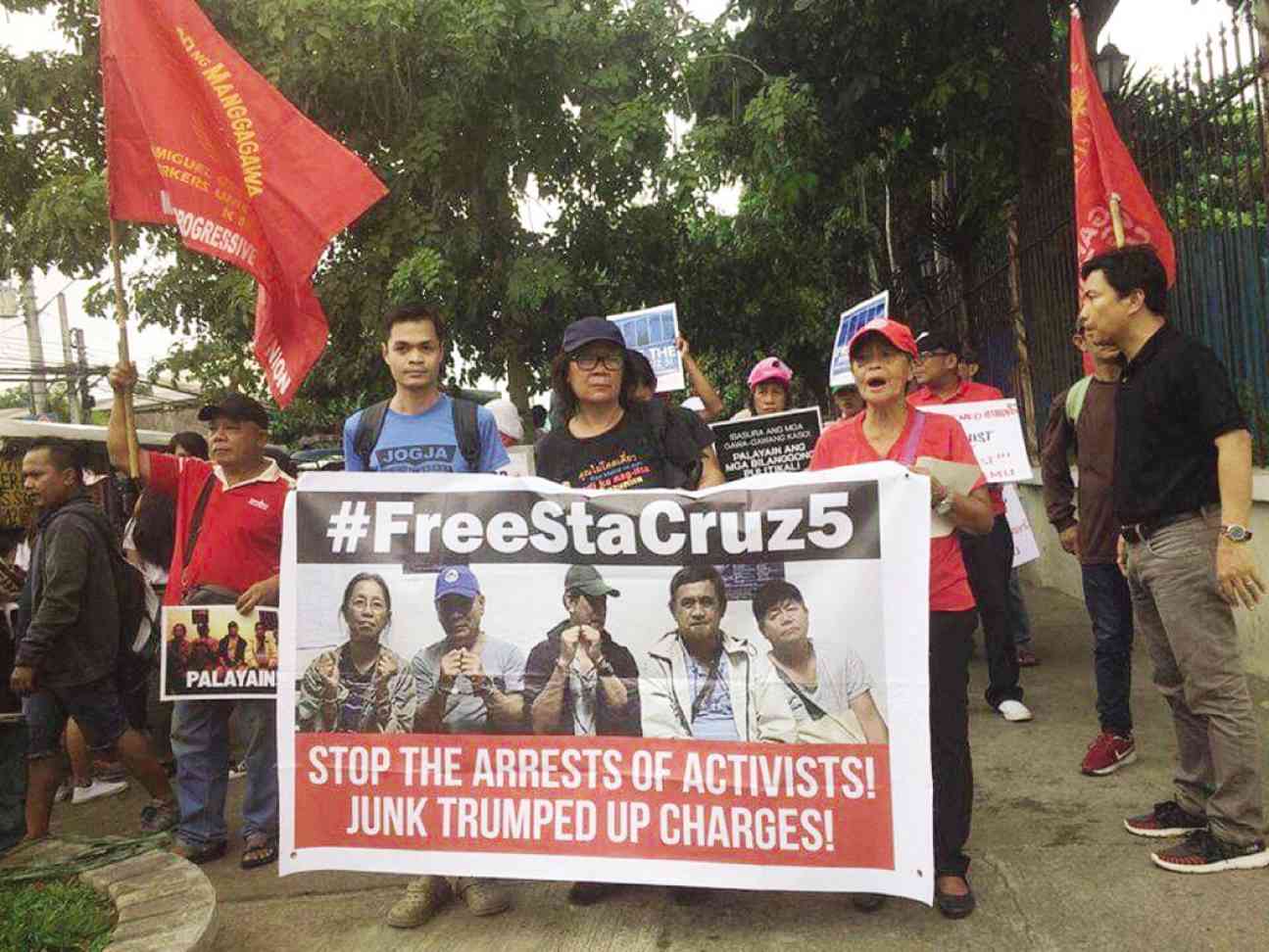 National Democratic Front of the Philippines (NDFP) consultant Adelberto Silva and his four companions on Tuesday pleaded not guilty to charges of illegal possession of firearms and explosives, telling the court that the evidence against them were “planted.”

Judge Cynthia Mariño-Ricablanca of the Regional Trial Court Branch 27 in Santa Cruz town, Laguna province, on Tuesday ordered the prosecution to submit its comment on the activists’ petition to suppress the evidence against them.

Mariño-Ricablanca also ordered Silva’s group to be transferred to the Special Intensive Care Area-1 in Camp Bagong Diwa on Wednesday.

“We asked for that [detention], especially for [Silva], because [jail] conditions there are better than in Santa Cruz,” said lawyer Kristina Conti of the Public Interest Law Center.

The judge set the pretrial on Dec. 10.

The military had tagged them as either communist leaders or members.

Silva, in an earlier telephone interview, said they were supposed to hold a consultation on the Comprehensive Agreement on Social and Economic Reforms, the NDFP’s proposed economic agenda to the stalled peace negotiations with the government, when they were arrested.

Silva’s wife, Sharon Cabusao, 56, also convenor of the Kapayapaan Campaign for a Just and Lasting Peace, assailed the government for another “trumped-up” case against political activists.

In 2015, Silva and Cabusao were arrested in Bacoor City, Cavite province, also for illegal possession of firearms. The case, however, was dismissed by the court after a year.

ADVERTISEMENT
Read Next
Duterte to Joma Sison: NPA can’t win war vs government
EDITORS' PICK
DILG to stranded workers: ‘Stay where you are’ until Luzon-wide quarantine is over
UP-PGH wards for COVID-19 patients finished in 5 days
Style and music journeys with Claudia Barretto
Cebu City closes its borders
BREAKING: 1,075 people in PH has coronavirus disease – DOH
IATF: Food firms to operate with 50% of workforce during Luzon quarantine
MOST READ
Pacquiao to seek probe on leaked private letter from Barangay Dasmariñas
All 3 COVID-19 positive patients in Bicol sent home
Tootsy Angara bares neighbor wanted them out of village
Koko Pimentel: Protocols may have changed over time
Don't miss out on the latest news and information.