A veteran in the fight to eradicate illiteracy 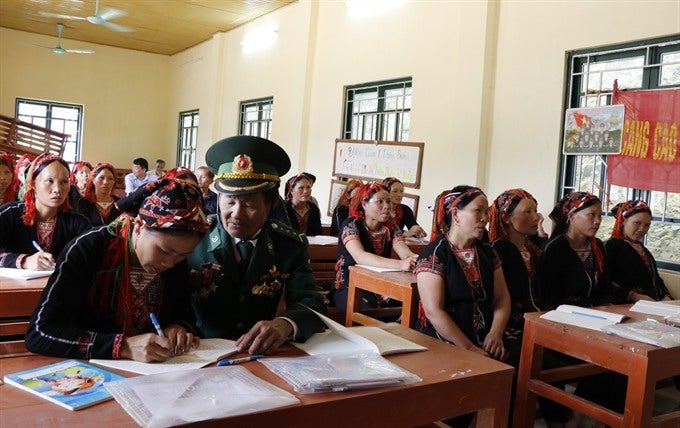 YEN BAI, Vietnam — A class teaching reading and writing for adults under 50 years old has been held at noon over the past two months at a community house in the northern mountainous province of Yen Bai’s Luc Yen District.

The class is special for two reasons: It is taught by a war veteran, and most of the students are illiterate local women—many of whom are farmers busy working all day and using their precious leisure hours to learn to read and write for the first time.

Some students even carry their babies on their back to the class.

Traveling from their homes to the class is not easy. It takes them between one and two hours by row boat. 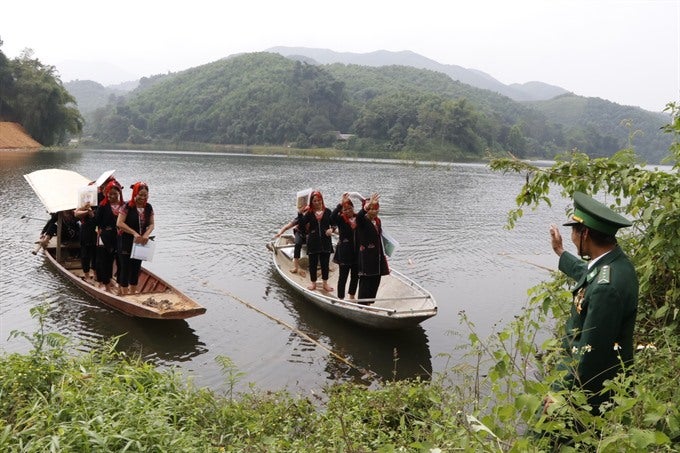 Despite the hardships in daily life, these women try to gather at the class, which is held three times a week, with the hope that they can learn to write.

Ly Thi Nhuong, 40, a Dao ethnic minority woman, said local authorities used to fingerprint her whenever she conducted administrative procedures. That’s the reason why she decided to register for the class. Now she can write her name and spell with the letters their teacher writes on the board.

“As I am illiterate, I feel embarrassed when my children’s teachers ask me to sign my name at meetings between students’ parents and teachers. When I learned that Ban’s class opens at noon, I started trying my best to take part,” Vi Thi Hong, another student, told Vietnam News Agency.

Since attending the class, Hong has learned how to read and write and gained confidence while communicating with other people.

Teacher Do Minh Ban, 72, said he asked local authorities to open a class with the hope of helping local people learn to read and write and chip away at that figure. The results have been positive.

“With the support from local governments and their strong determination, students have learnt basic knowledge very quickly. It’s my great pleasure,” he said.

The women enjoy studying, but it is difficult to gather them from remote areas to attend classes.

If people are educated, their lives are improved. For instance, once they are able to read, it is much easier for them to apply advanced scientific and technological developments in their farming production.

Although literacy classes open every year in the area, many students struggle to retain their knowledge. Once the classes end, the women do not have any opportunity to practice, apply or promote their knowledge.

The office has directed agencies under its leadership to determine how many people in the district have not received an education. Based on collected information, it would organize classes to eradicate illiteracy and continued training ones with a view to reduce the number of illiterate people between 15 and 60 and prevent illiteracy relapses among this group with priority given to ethnic minority people.

An Hai Nam, deputy chairman of Luc Yen District People’s Committee, said the district authority has coordinated with such organizations as the Youth Union, Women’s Union, Farmers’ Association and War Veteran’s Association to raise people’s awareness on the importance of literacy to the development of individuals, families and society, encouraging them to attend the classes.

The district has set the target of eradicating illiteracy for 22 out of 24 communes and towns and raising the literacy rate among the 15-60 age group to 94 percent by 2020.

Ban said he hoped that after this class finished, more classes would be opened so that all local residents could learn to read and write.