Batangas port at a standstill as ‘Rosita’ disrupts sea travel 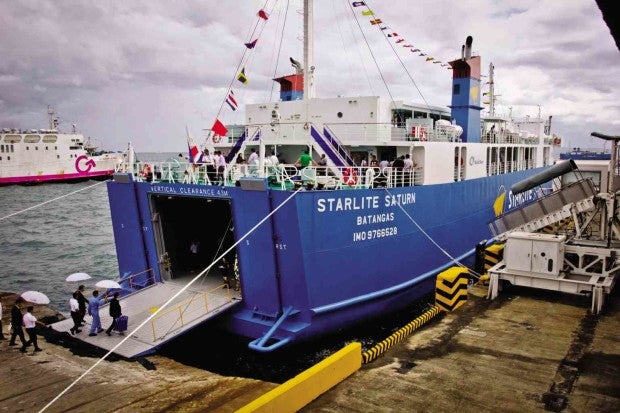 Interisland passenger vessels remained moored at the port of Batangas Tuesday morning after the Maritime Industry Authority (Marina) canceled all trips due to inclement weather brought by Typhoon “Rosita.”

Subsequently, the Marina said 1,371 passengers were stranded at the port as of 7:30 a.m.

In data obtained by INQUIRER.net, 883 of those were at Terminal Building 2 of the port, while 488 affected passengers were seeking shelter at Building 3.

At total of 126 rolling cargoes of various vehicles were stranded inside the port, and 192 were waiting to enter the terminal.

The report described sea conditions in Batangas as rough and weather in the area as cloudy with rainshowers.

The Marina reported no untoward incidents at the port.

The province of Batangas was under Tropical Cyclone No. 1 on Tuesday morning due to Rosita. /cbb