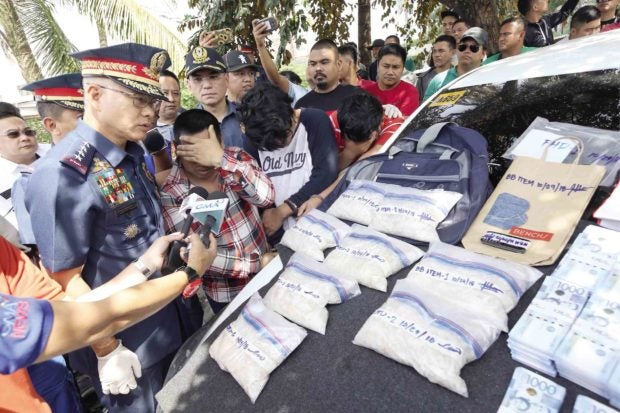 Nasrudin Mantikayan, Ibrahim Hassan and Ampal Pala were caught by antidrug operatives of the National Capital Region Police Office (NCRPO) and Caloocan City police at the parking lot of a mall on Rizal Avenue.

The trio had sold P5,000 worth of illegal drugs to an undercover policeman in the lot where their white sedan, which held 8 kilos of shabu, was also parked.

They were placed under surveillance for four months after the NCRPO learned of their activities during a previous antidrug operation that had resulted in the seizure of 10 kilos of shabu.

The suspects, who hail from Zamboanga del Sur, Maguindanao and Cotabato, will be charged with violating Sections 5 and 11 of Republic Act No. 9165, or the Comprehensive Dangerous Drugs Act.