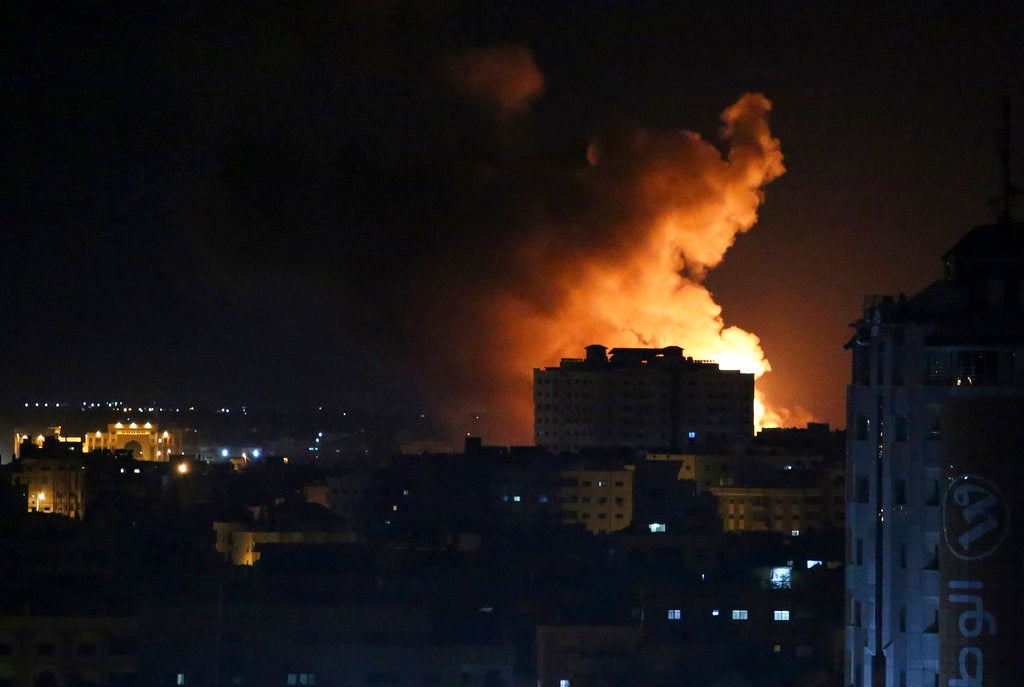 GAZA CITY, Gaza Strip — Israeli aircraft have struck dozens of militant sites across the Gaza Strip as militants fired some 30 rockets into Israel.

The overnight fighting Saturday is the heaviest exchange of fire between the bitter enemies in several weeks.

The fighting followed a bloody day of border protests Friday, in which Israeli forces shot and killed four Palestinians protesting along the perimeter fence dividing Hamas-ruled Gaza and Israel.

The sudden burst of fighting has complicated the mission of Egyptian mediators, who have been trying to achieve calm and prevent a full-blown conflict between the militant Hamas group and Israel.

The sides have fought three wars since Hamas seized control of Gaza in 2007. /muf