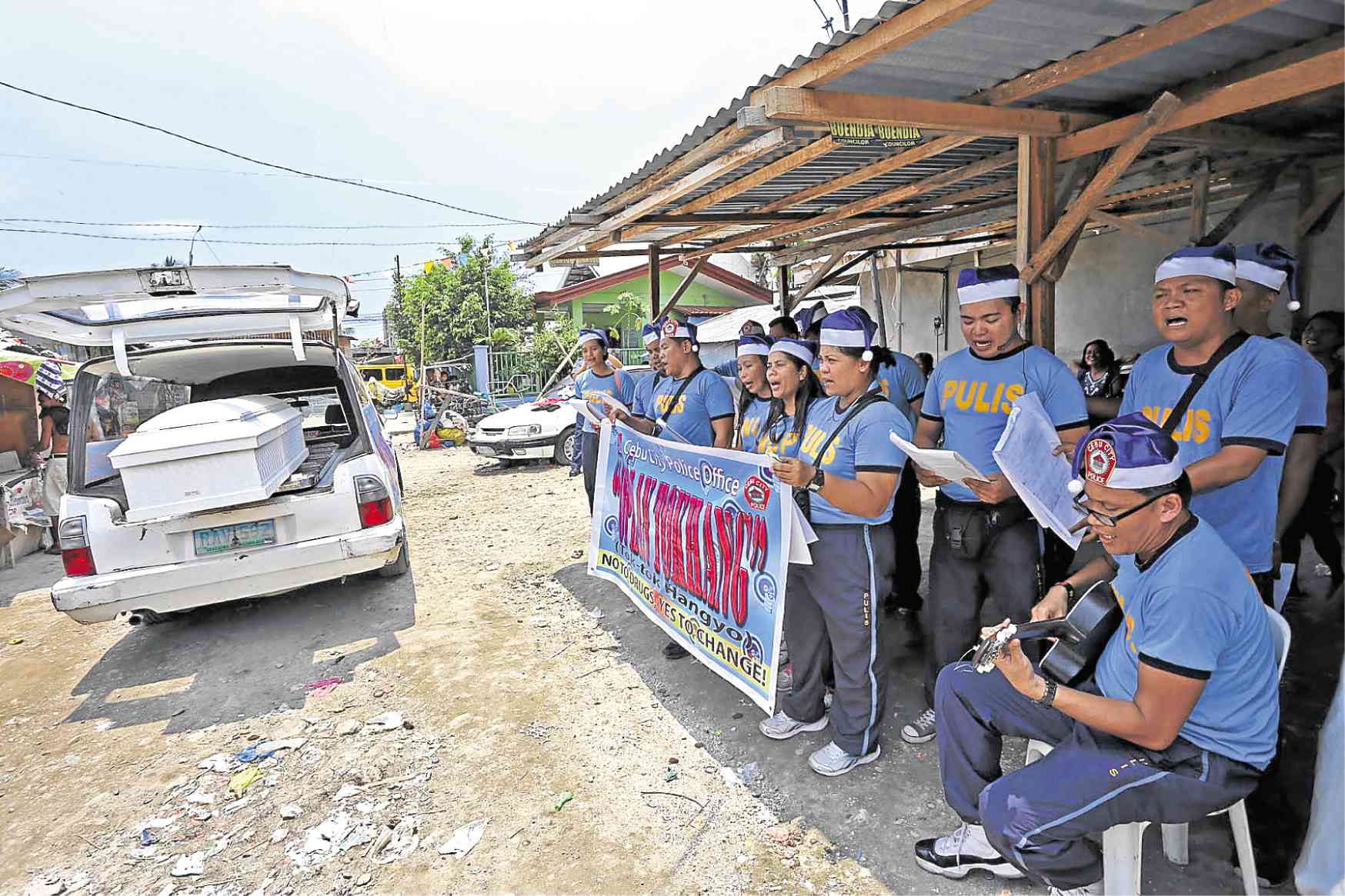 Students, academicians and literary critics on Friday once again met at the University of the Philippines (UP) Diliman to decide a verbal “boxing match” and  choose the “Salita ng Taon,” or Word of the Year.

These are “dengvaxia,” “quo warranto,” “federalismo,” “foodie,” “dilawan,” “train,” “fake news,” “DDS,” “troll,” “tokhang” and “resibo”—terms that made headlines and spurred animated, if not polarizing conversations since President Duterte assumed power in mid-2016.

In the end, the word “tokhang” emerged victorious in this year’s linguistic conference also known as “Sawikaan.”

The word earned the nod of a panel of judges that included representatives from Filipinas Institute of Translation, UPD Information Office and the Komisyon sa Wikang Filipino.

In his presentation, writer Mark Angeles opened a humorous but thought-provoking discussion on the evolution of the word “tokhang”: from originally being the name of the Philippine National Police’s controversial antidrug campaign—“Oplan Tokhang”—which was launched in 2016, to becoming a synonym for turning up dead in the streets.

“Seeing how ‘tokhang’ has permeated various levels of society, the message here is simple: Kapag tinotokhang ang ating mga karapatan, kailangang manlaban (When our rights are being ‘tokhang-ed,’ we need to fight back),” Angeles said.

“The word tokhang has evolved into various definitions since (then) PNP Director General (Ronald) ‘Bato’ dela Rosa conceptualized it as an ideal concept against illegal drugs in 2012,” he said.

The triumph of tokhang, Angeles said, is for every Filipino who is choosing to fight against human rights violations, especially poor Filipinos in the context of the war on drugs.

Tokhang was actually derived from the Visayan terms “toktok” (knock) and “hangyo” (plea).

Meanwhile, “fake news” which was defended by UP professor Danilo Arao and “dengvaxia,” which was presented by Ralph Fonte landed in second and third place, respectively.

Fake news, which was chosen as Word of the Year by the Collins Dictionary in November 2017, emerged as the “People’s Choice” after winning a poll conducted among the conference audience.

The annual conference, which has been held once every two years since 2010, aims to chart the development of the Filipino language as it functions in social and cultural discourses.

National Artist for Literature Virgilio Almario, who heads the National Commission for Culture and the Arts, said the winning word may be included in the new version of the Filipino dictionary.