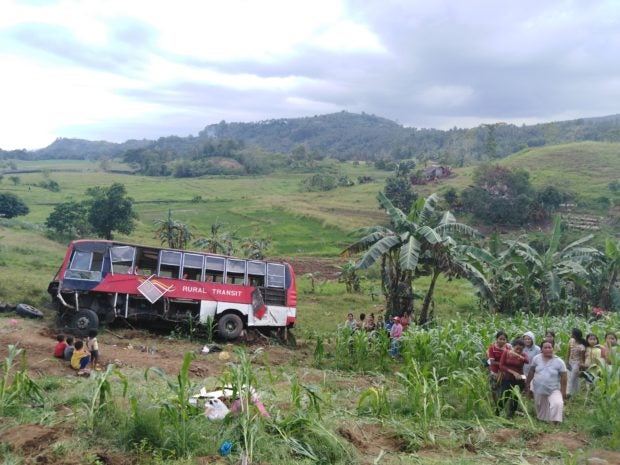 PAGADIAN CITY — An elderly man died while 24 others were injured when a passenger bus fell off a cliff into a flower farm  in Barangay Balintawak, Aurora town, Zamboanga del Sur on Friday afternoon.

Senior citizen Rogelio Alagenio was killed while the bus driver, the bus conductor and 22 other passengers were injured and were rushed to the hospital, when the Rural Transit bus heading toward Pagadian City fell off a cliff along the national highway.

Nita Bajao, 50, a resident in the area, said she saw the bus from the national highway fell off the cliff and rolled down into their flower field, which damaged the flowers they were about to harvest for the “Undas.” /jpv