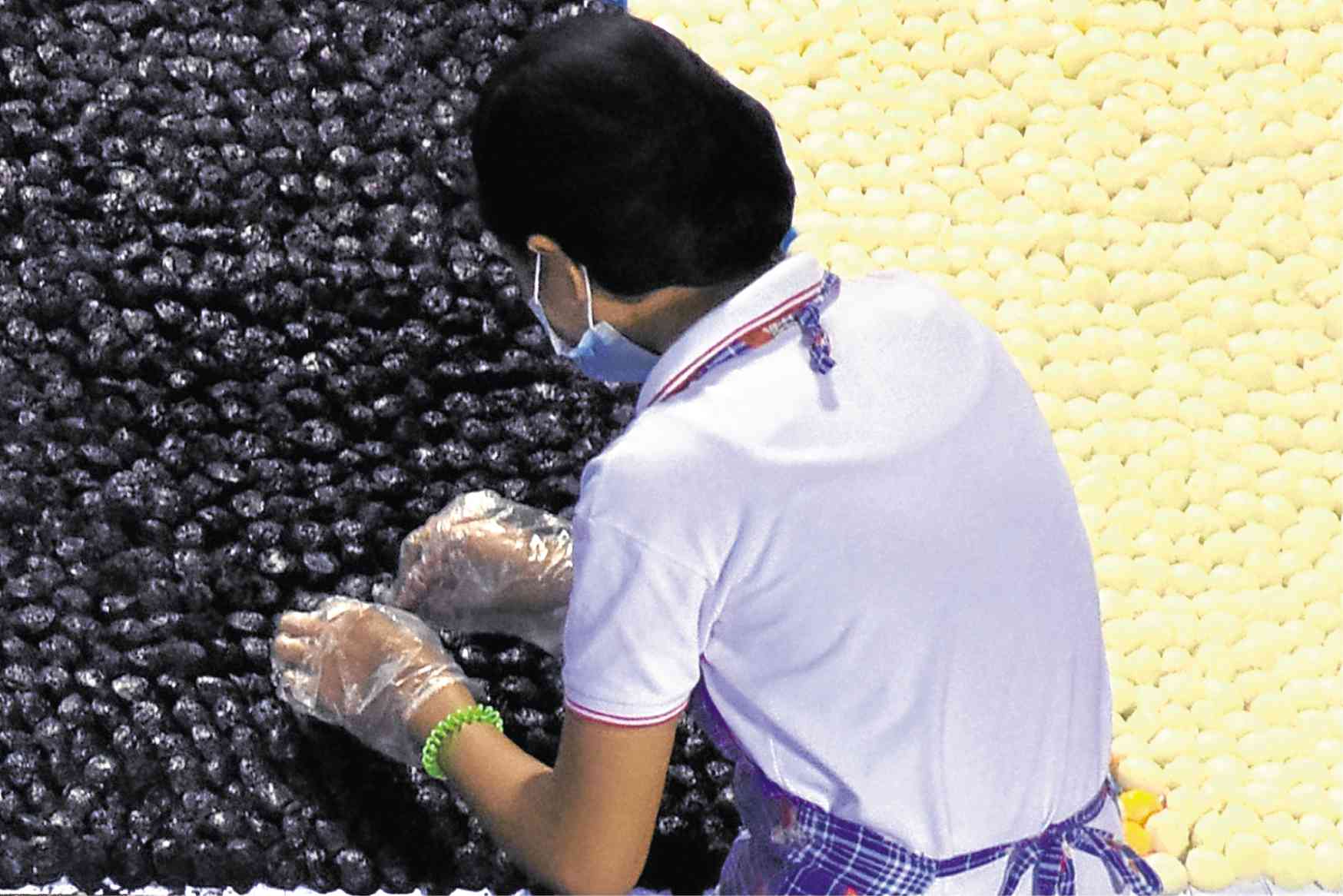 BLACK AND WHITE The chocolate-flavored black “puto” is a perfect contrast to the common white, bite-size rice cake made famous by makers in Calasiao town, Pangasinan province. —WILLIE LOMIBAO

Benjie Corpuz, product designer of Bella’s Puto, one of the biggest producers here, says the colors match the special flavor of their puto—the soft, bite-size rice cake that has made this town famous.

The violet puto is ube-flavored, green puto tastes like buko and pandan, yellow has a banana or mango flavor, and red has a strawberry flavor. The white puto is now topped with a small strip of cheese, while specialty puto comes with ham or salted egg.

The chocolate-flavored black puto was introduced in December last year when the Calasiao government assembled a huge puto mosaic of a man and a child. The town was seeking to land a Guinness World record for the largest rice cake mosaic.

“The black puto may also work as Halloween party decorations or they can be served to visitors during All Saints’ Day,” Corpuz says.

He says producing black puto has been difficult at first “because there was no black food coloring available.” He finally found the right color after days of mixing food colors that were available.

This year, black food coloring can be bought in stores, making the task easier, he says.

Bella’s Puto will also produce blueberry- and raspberry-flavored puto, which Corpuz hopes will be received well by younger customers.

“We have distributed samples of these new flavors at an event in one of the restaurants here and we got very positive feedback,” he says.

But no matter the color or flavor, the puto produced in this town retains its unique characteristic and texture, making it easily distinguishable from those produced in other provinces, according to Corpuz.

The size and shape of Calasiao puto are the same (about 12.5 grams) as the original, and are made of “the same rice, sugar and water and puto-making process,” he says. 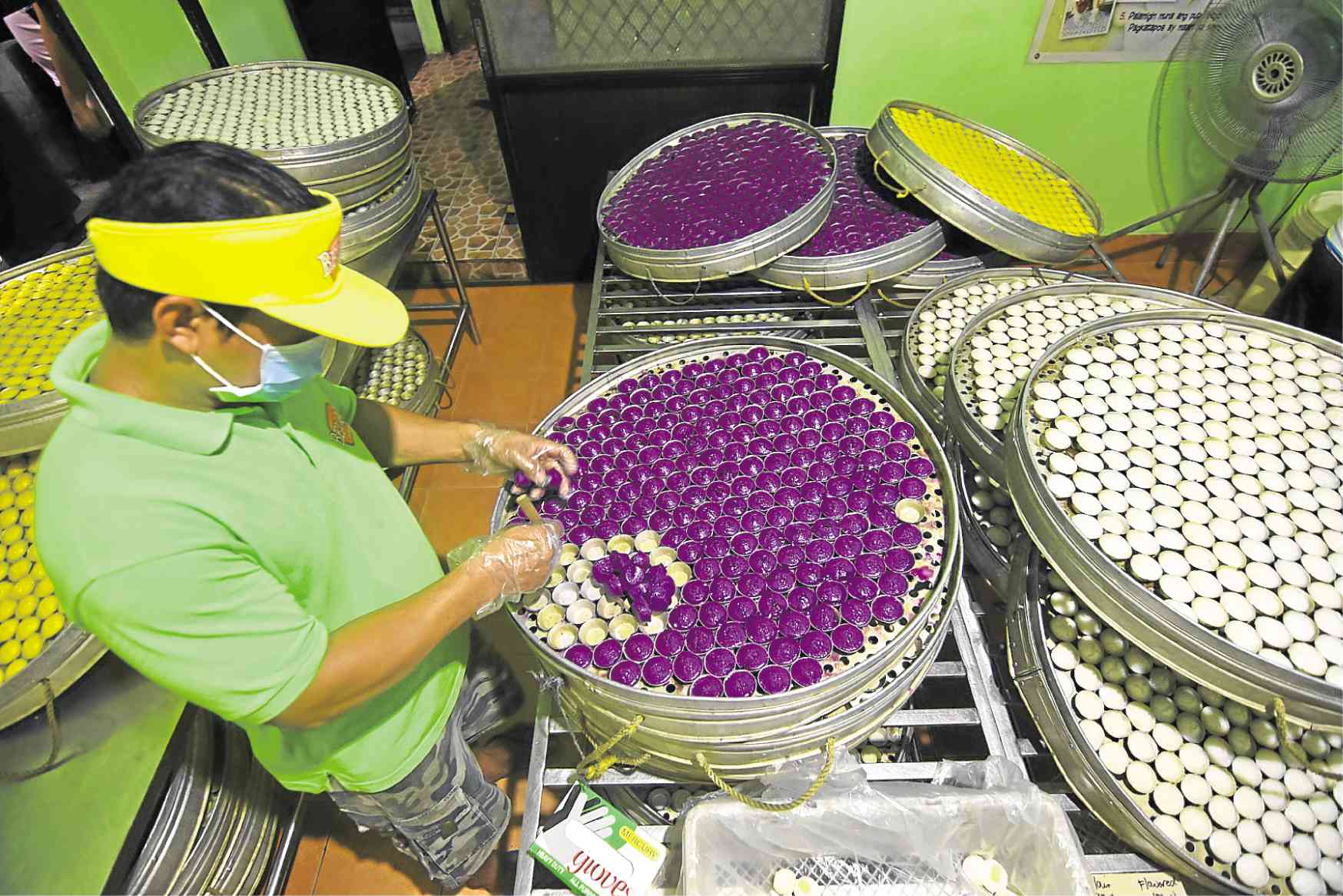 Bella’s Puto factory is still on the same spot where it started in Barangay Dinalaoan here in 1976.

“I would sell them every Sunday in movie houses and in places where there are many people for 20 centavos for 12 pieces while my wife had a small stall near the shrine of Señor Divino Tesoro,” says De la Cruz, now 74.

The puto they made was an instant hit that the De la Cruz couple decided to make rice cakes every day.

In 1986, they formally named their business after their eldest daughter, Bella.

Now producing at least 10,000 pieces of puto daily, the family business employs 60 workers, including drivers and salesclerks. Their products are sold in different parts of Luzon, including Metro Manila.