Senator Antonio Trillanes IV is confident that the inciting to sedition case filed against him will be dismissed.

“He just made an allegation. Madali ito [This will be easy]. This will be a no-brainer for any objective and fair-minded prosecutor so I expect that this case will be dismissed,” Trillanes told reporters after he submitted his counter-affidavit before the Pasay City Prosecutor’s Office.

The case was filed by former lawmaker and now Labor Undersecretary Jacinto V. Paras and lawyers Nasser Marohomsalic, Manuelito Luna, Eligio Mallari, and Alvaro Bernabe. They want Trillanes to be prosecuted for inciting to sedition and proposal to commit coup d’état for his “incendiary and hateful speeches against President Duterte after [the] issuance of Proclamation 572 that voided the amnesty granted to him during the previous administration.”

The complainants alleged that Trillanes, in his speeches, called on the military to take up arms against the President. They also cited Trillanes’ allegations of corruption against Duterte. 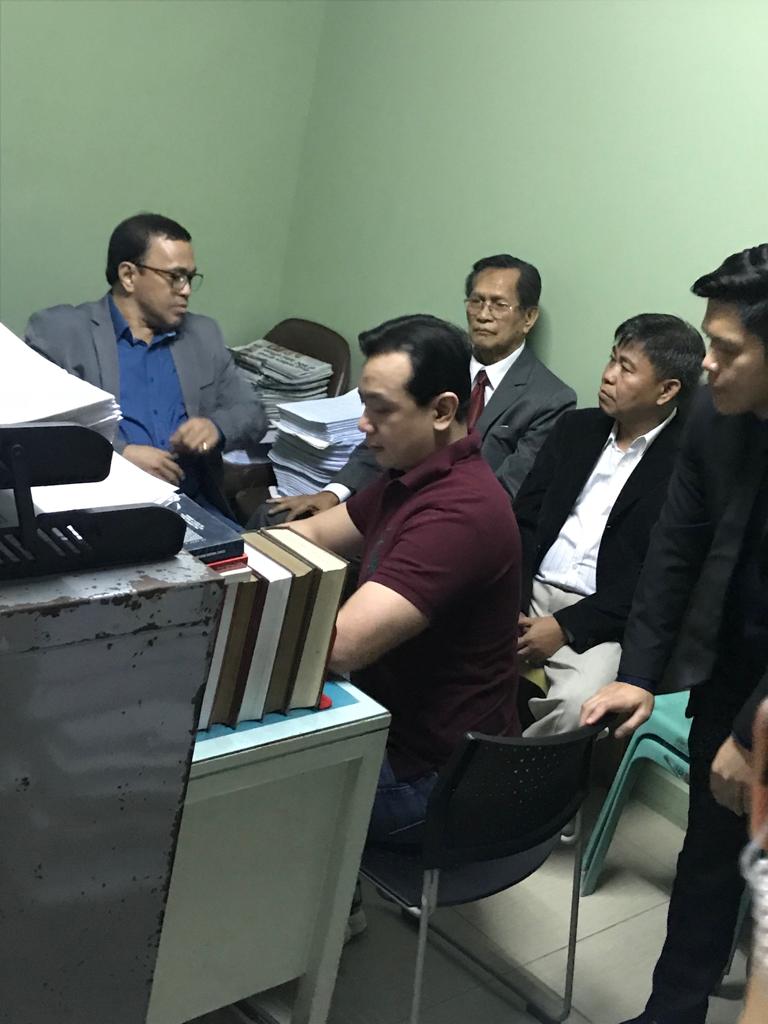 “Primarily ginawa ito [complaint] to harass me and to show their loyalty to Duterte, ‘yun lang ‘yon,” Trillanes said.

(Primarily, this [complaint] was filed to harass me and to show their loyalty to Duterte, that’s just it.)

In his counter-affidavit, Trillanes said the complainants failed to provide evidence that he openly encouraged people to rise against the administration.

“As one of the Senators of the Republic, respondents believes in good faith that it is part of his public duties to report to the people, through the media and to keep the public updated on the relevant issues of graft and corruption,” the senator contended in his counter-affidavit.

Trillanes also stressed the complainants lacked personal knowledge of their allegations because they merely attached printouts of news articles in their complaint.

“The elements of conspiracy and/or proposal to commit coup d’état have not been sufficiently proven by complainants. Thus, the charges against respondent must be dismissed,” the senator said.

This is the second inciting to sedition complaint against Trillanes. The case is currently pending before Pasay Metropolitan Trial Court Branch 45.  /kga