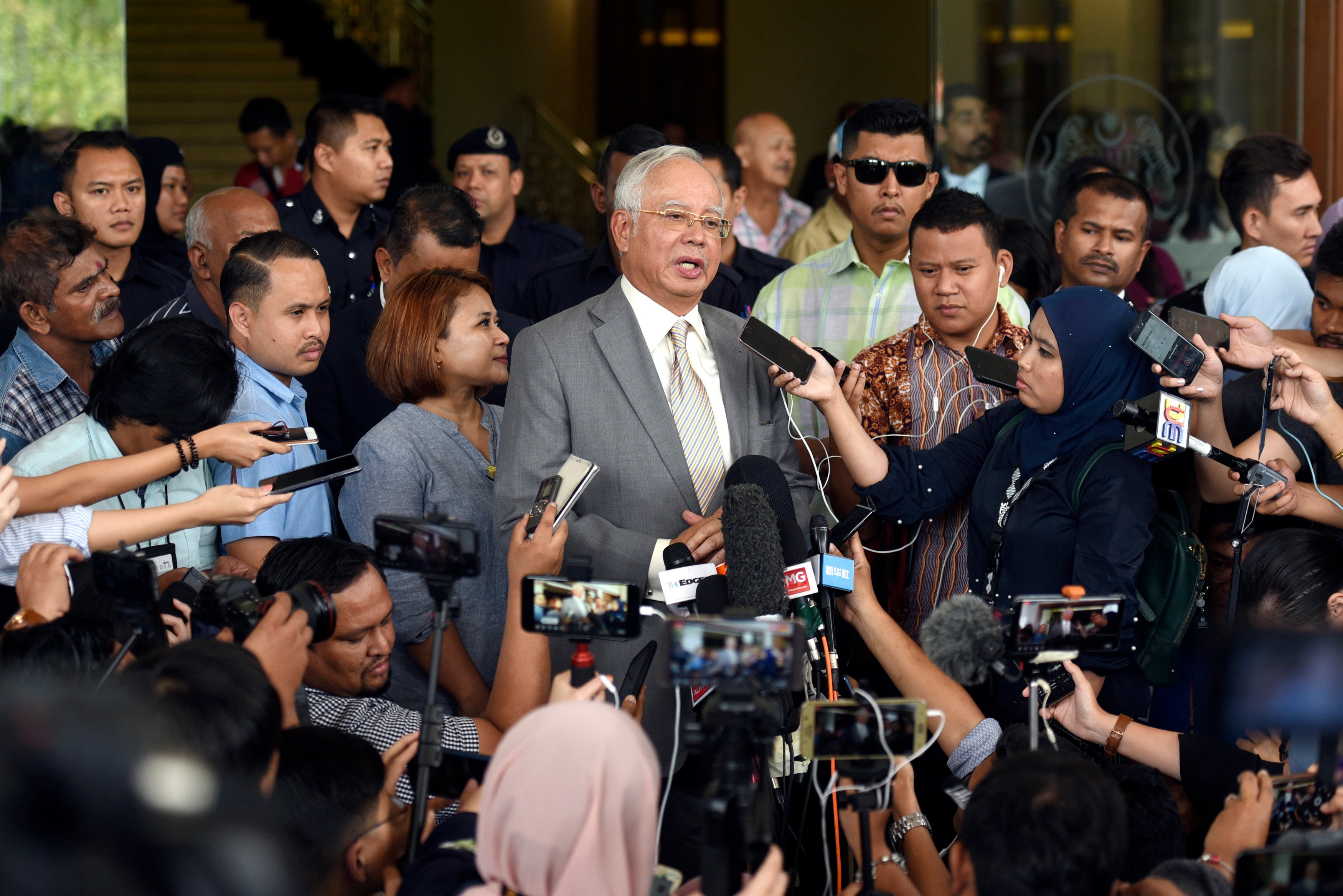 The six new charges against Najib come on top of 32 earlier counts of corruption, breach of trust and money laundering that he face linked to the multibillion-dollar looting of the 1MDB state investment fund.

Malaysia’s new government has stepped up prosecution of Najib and other former officials over the 1MDB scandal and other alleged graft cases since its stunning electoral victory in May that led to the country’s first change of power since independence from Britain in 1957.

Both Najib and former treasury secretary-general Mohamad Irwan Serigar Abdullah pleaded not guilty to misappropriating government funds between December 2016 and December 2017. The charge sheets said part of the money involved a subsidy for the poor and an airport management budget but gave no further details.

Najib’s lawyer, Shafee Abdullah, slammed the charges as “foolish,” saying the fund was merely being diverted for more urgent needs which were to meet payment datelines mainly for 1MDB as well as for a Chinese-backed rail link and two gas pipeline projects.
Shafee said the two men had made “executive decisions” to reallocate the funds to avoid debt defaults that could cause dire financial consequences.

“It’s just a question of making priority, which one you pay first…this (has been) done many, many, many times. It is being done even today,” he told reporters, adding that he believed the charges were “very political” in nature.

The new government has said it would cancel the Chinese-backed projects and is probing why Najib’s administration paid an unusually large sum of money to Chinese contractors despite little work done.

Separately, Hasanah Abdul Hami, the former chief of the foreign intelligence agency that is now defunct, pleaded not guilty to misappropriating $12.1 million weeks before the May 9 general election that ousted Najib’s coalition.

Hasanah’s lawyer, Shaharuddin Ali, told reporters that her case is not related to the 1MDB scandal. He said the utilization of the money for intelligence purposes was a state secret and mustn’t be made public in an open court.

All three have been released on bail.

The 1MDB fund, set up by Najib, is being investigated in the U.S. and several other countries. U.S. investigators say Najib’s associates stole and laundered $4.5 billion from the fund from 2009 to 2014, some of which landed in Najib’s bank account.

Najib has accused the government of seeking political vengeance, but Prime Minister Mahathir Mohamad brushed off the accusations, saying anyone found guilty of misconduct will have to face the law. /kga