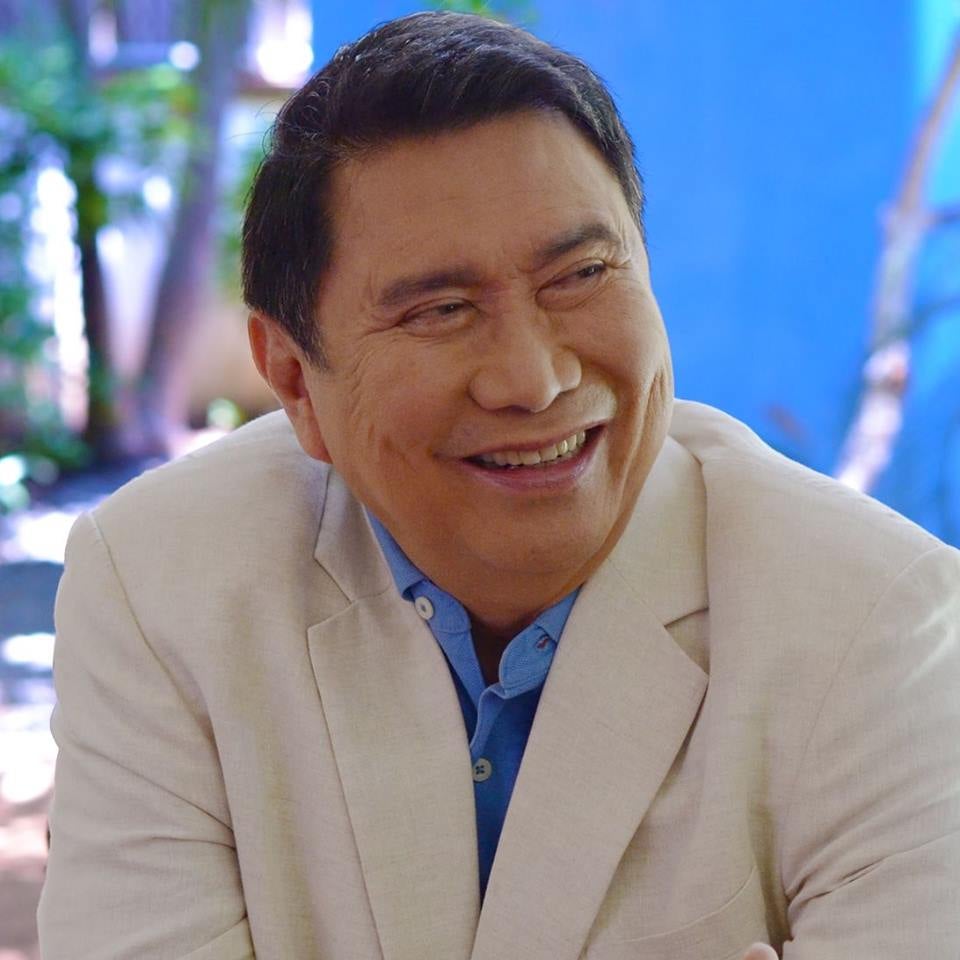 Duterte signed Tulfo’s appointment paper on Tuesday, which was released to Malacañang reporters on Thursday.

Earlier, Tulfo, in his October 6 column in the Philippine Daily Inquirer, said he will not run for Senate despite faring well in pre-election surveys. He added that he rejected the help offered by Duterte for his senatorial bid.

READ: Special envoy to China, my next job

Instead of running for senator, the broadcaster offered to become a special envoy to China, which Duterte agreed to.

“As special envoy to China, which pays only P1 per year, I could retain my public service program—Isumbong mo kay Tulfo—on dzRP, my bread and butter,” he wrote.

Duterte also signed on Tuesday the appointment paper of incumbent Presidential Adviser on the Peace Process Jesus Dureza as special envoy to the European Union. 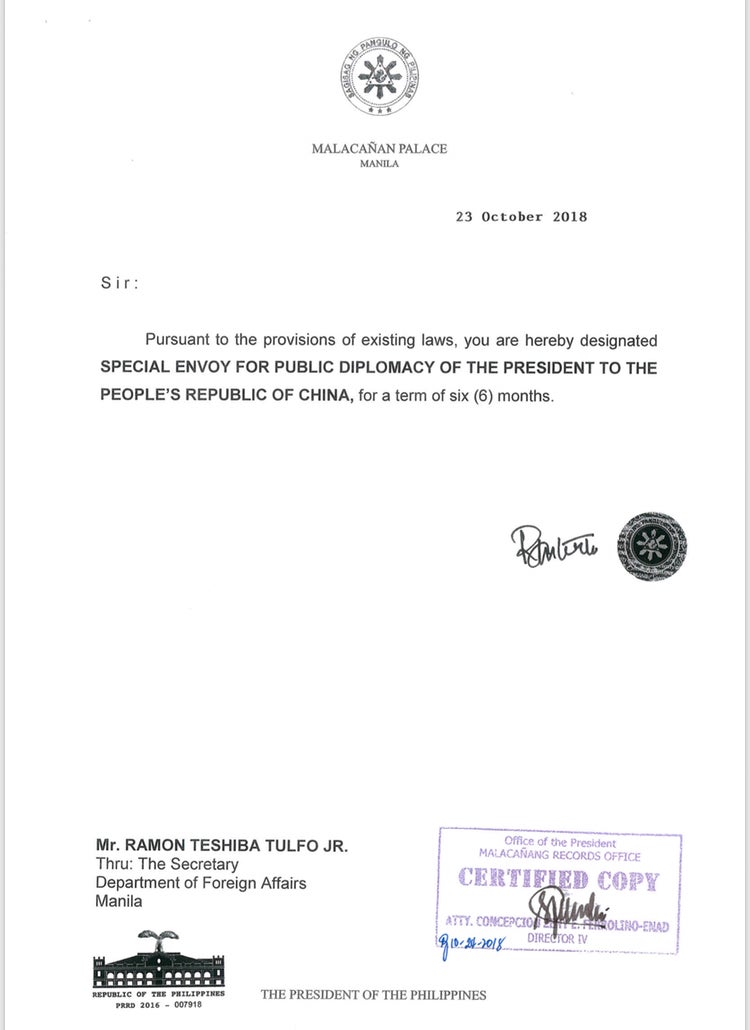