DOJ makes next move vs Trillanes 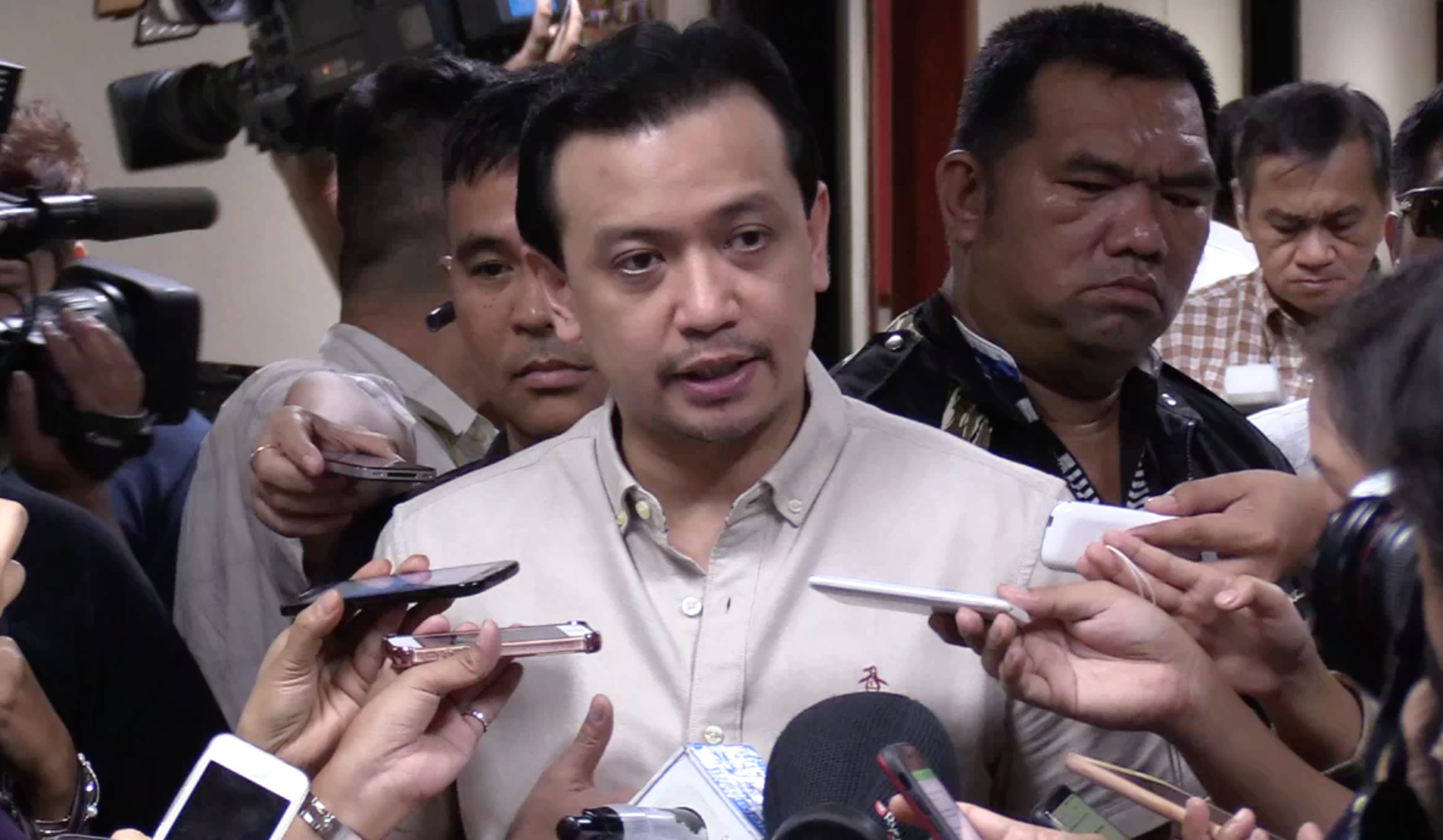 The Department of Justice (DOJ) will file a motion for reconsideration on the decision of the Makati Regional Trial Court (RTC) Branch 148 denying its plea to have Sen. Antonio Trillanes IV arrested for coup d’état, according to presidential spokesperson Salvador Panelo.

The planned court motion was contrary to Panelo’s earlier announcement that Solicitor General Jose Calida would elevate the case to the Court of Appeals.

According to Panelo, since it was the DOJ that had sought Trillanes’ arrest from the Makati court after President Rodrigo Duterte voided the senator’s amnesty, it would be the one to file a motion for reconsideration.

“If it is denied, that’s the time the Solicitor General will take over,” he said in a phone patch interview.

Panelo sought to dispel impressions that there was a dispute between the Solicitor General and the DOJ.

‘They are a team’

“SolGen and DOJ are working hand in hand, they are a team. They have decided to file [a motion for reconsideration] for the time being,” he said in a separate text message.

Guevarra said on Tuesday that it was the DOJ and not the Office of the Solicitor General that would decide the government’s next step in the Trillanes case.

The President earlier voided Trillanes’ amnesty and ordered his arrest due to the former mutineer’s alleged failure to file an application form and admit guilt.

Subsequently, the DOJ asked two Makati courts to revive Trillanes’ rebellion and coup d’état cases that had been dismissed because of his amnesty.

The Makati RTC Branch 150 revived the senator’s rebellion case and ordered his arrest, but allowed him to post bail.

Makati RTC Branch 148, however, denied the government’s plea to arrest Trillanes, saying his coup d’état case had already been dismissed. It also ruled that Trillanes indeed applied for amnesty and admitted guilt.

At a press briefing on Wednesday, Galvez said that until the processes in the civilian courts were completed, the general court martial proceedings could not start.

He also presented witnesses who alleged that the President ordered killings in Davao City when he was still its mayor.

In practically denying Panelo’s statement that a general court martial would reconvene soon, Galvez said the military would abide by the President’s decision to let civilian courts decide Trillanes’ case.

“The only case that he (Trillanes) has is only an administrative case, which is conduct unbecoming [an officer and a gentleman], and we have already discussed this,” Galvez said.

Trillanes, he said, is now a civilian who should be under the jurisdiction of civilian courts.

“We will respect the decision of the court,” Galvez said.