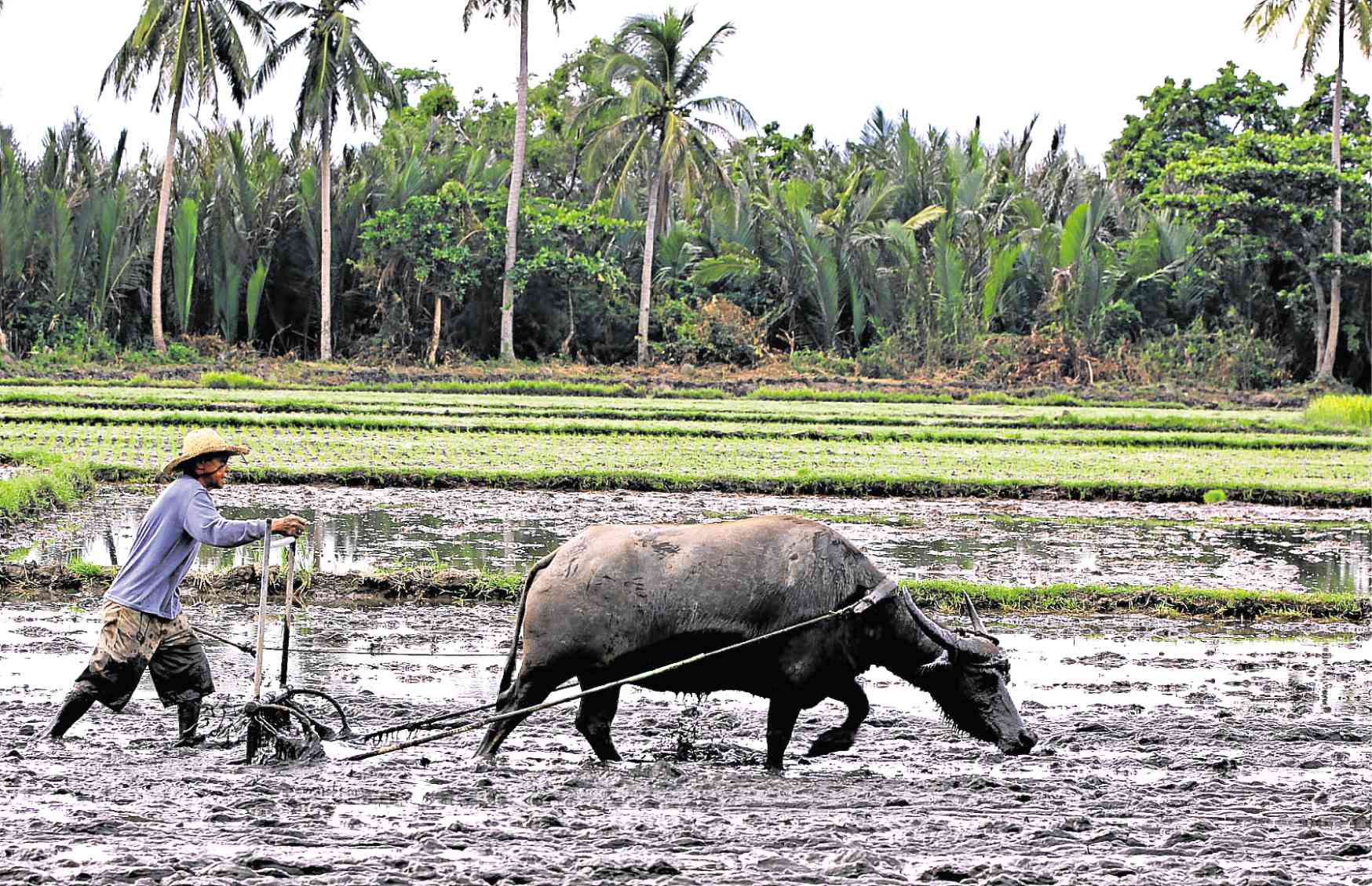 FARM LIFE An agrarian reform beneficiary tills his rice farm in Sariaya, Quezon, amid the prospect of losing his land to its previous owner. —DELFIN T. MALLARI JR.

“If Malacañang will not intervene to stop the continuous injustice being committed to us, we’re facing an uncertain future, [worse] than the fate of Sagay 9 families,” Romeo Clavo, president of Ugnayan ng mga Magsasaka ng Gitnang Quezon, said on Tuesday.

He said they sympathized with the families of the nine sugarcane farmers, known as “Sagay 9,” who were shot and killed while they were resting in a makeshift tent inside a disputed property in Sagay City, Negros Occidental province, on Saturday.

“Like us, the helpless and poor victims only wanted to own a piece of land to till to feed their families,” Clavo said.

“What we’ve been fighting for is the retention of our lands that were already given to us through the government’s Comprehensive Agrarian Reform Program (CARP). We have our respective Cloa as proof [of ownership],” he said.

But Clavo said they were bracing for another round of cancellation of Cloa due to a recent decision by the Supreme Court on a land conflict here. This involved 255 farmers working on 416 hectares of rice lands and vegetable farms in the town.

Hundreds of hectares of farmlands also have pending cases of revocation initiated by landowners.

Owners of these farmlands argued that their properties could not be covered by land reform as these were classified as nonagricultural in the 1982 zoning ordinance of the Sariaya government, or six years before CARP took effect. —Delfin T. Mallari Jr.