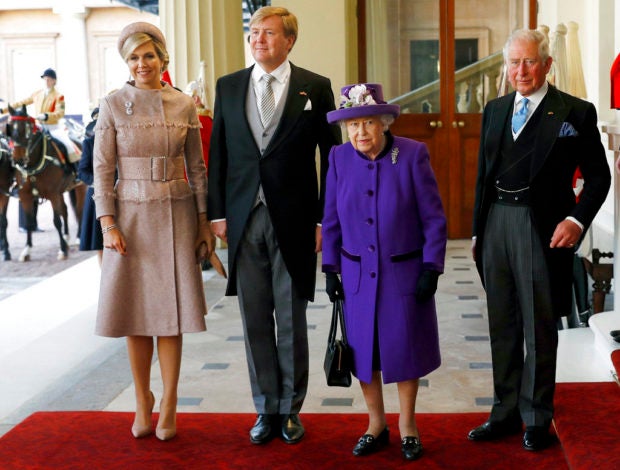 LONDON — The Dutch king and queen on Tuesday began a state visit to Britain that will include full ceremonial honors and a gala banquet.

King Willem-Alexander and Queen Maxima of the Netherlands were welcomed Tuesday morning by Queen Elizabeth II at the Royal Pavilion at Horse Guards in central London on a brisk fall day.

The king kissed Elizabeth on both cheeks and clasped her hands when they met. Maxima did the same when she greeted Elizabeth. 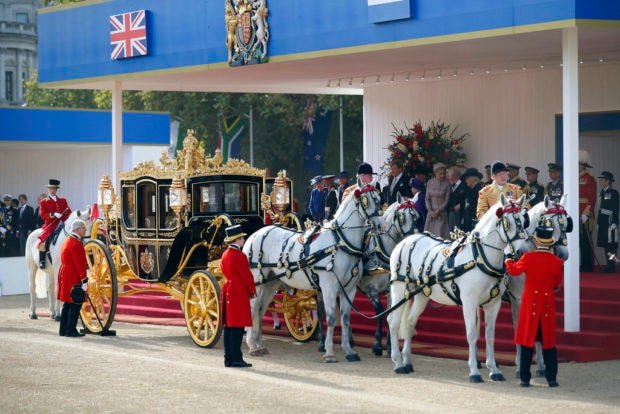 The carriage for of the ceremonial welcome for King Willem-Alexander and Queen Maxima of the Netherlands is seen during their ceremonial welcome at Horse Guards Parade in London, Tuesday, October 23, 2018. (Christopher Furlong/Pool Photo via AP)

Prince Charles and his wife Camilla, the duchess of Cornwall, escorted the Dutch royals from the Dutch embassy to the parade grounds and took part in the horse-drawn carriage procession to Buckingham Palace.

The queen plans to host a state dinner for her guests at Buckingham Palace on Tuesday evening.

It is not clear if she will be joined by her husband Prince Philip, 97, who has largely retired from public life.

It is the third time the queen has hosted the Dutch royal family for a state visit. The most recent was in 1982.  /kga