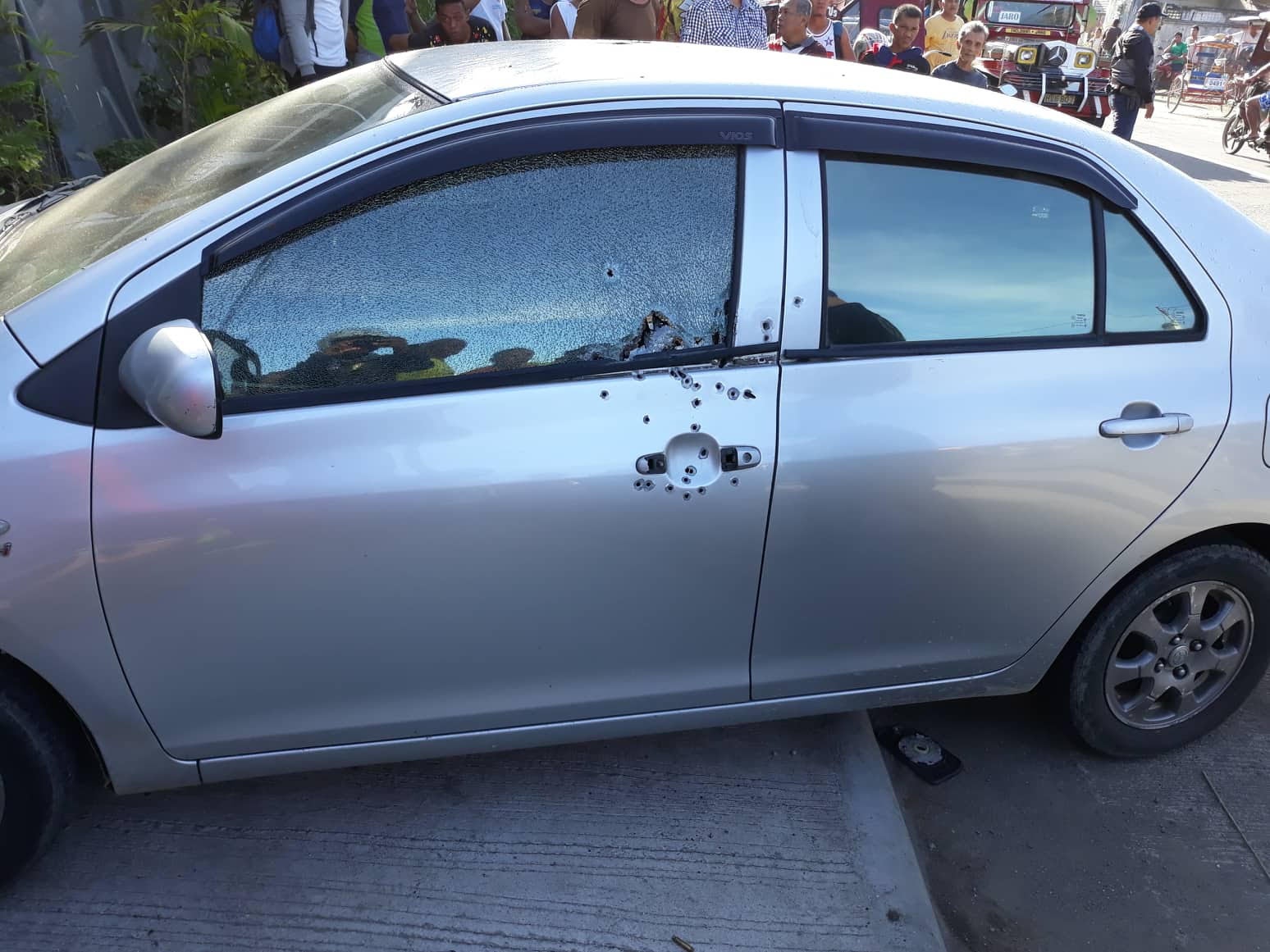 Bullet holes mark the drivrer’s side of the car driven by Senior Insp. Joseph Joevil Young during an ambush on Tuesday morning. The police officer remained in critical condition. Photo by Robert Dejon, Inquirer Visayas

PALO, Leyte – The former chief of the Drug Enforcement Unit of the Ormoc City was in critical condition after he was ambushed by unidentified gunmen along Barangay Buri here on Tuesday morning.

Young was on his way to Kamp Ruperto Kangleon, headquarters of PRO-8 based in Palo, past 7 a.m. when waylaid by unidentified gunmen on board a white pickup.

The assailants fired at the driver’s side and then sped off toward Ormoc City.

Young was assigned in Ormoc City in 2016 during the start of the “Oplan Tokhang,” a campaign that required the police to go to the houses of drug personalities to ask them to surrender, at the Police Station 3 in Barangay Linao, Ormoc.

He was named the head of Ormoc’s DEU later that year and led the arrests of many drug suspects in the city.

But he and his entire team were relieved and transferred to PRO-8 after the buy-bust operation where Eric Enecio and Mario Ablen, village chief of District 16 were killed.

Ablen was reportedly DEU asset in Ormoc in their series of operations.