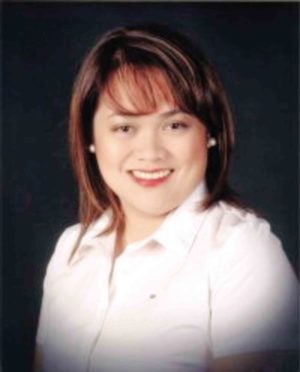 BAGUIO CITY — Two campaign volunteers of reelectionist Abra Gov. Maria Jocelyn Bernos were killed on Monday in an ambush in Dolores town, the bailiwick of one of her political rivals.

But police and election officials had yet to determine whether the attack was related to next year’s elections.

Men armed with a shotgun and an assault rifle fired at Rodel Pilor, 34, and Roland Lazara, 43, who were on a motorcycle at Barangay Kimmalaba in Dolores at 9:15 a.m.

“We strongly condemn this act of violence. Abreños know who the perpetrators are. I am directing the police and the military to bring these people to justice. This I promise to the victims’ families and the people of Abra,” Bernos said in a statement.

Bernos said the two fatalities were her supporters, describing Pilor as “my ardent supporter for many years now.”

Although stressing that the attack on Pilor and Lazara could not be justified, Mayor Seares questioned their background. “Pilor had been tagged in a number of cases but was able to bail himself out,” he said.

He said the Dolores police found gun holsters tucked in the pants of the two slain men, although they had no weapons.

“What’s the reason for the holsters? Why were there no guns? These are big questions,” he said.

Abra had been notorious for political killings during previous elections, owing to influential families who were allegedly protected by private armies as far back as 1963, according to several case studies.

In 2005, a special task force replaced the Abra police after a government investigation confirmed that uniformed personnel had been moonlighting as security escorts of politicians.

The rate of election violence went down in the last two polls, although the 2019 elections were being seen as a clash among the political clans, which had fought over top positions in Abra in the last three decades.

Bernos is the widow of La Paz Mayor Ysrael Bernos, who was assassinated in 2000. Her brother-in-law, Rep. Joseph Bernos, is seeking reelection.

“Let us not allow this to define us as a people. Let us remain calm and vigilant and not lose steam in working for a peaceful and progressive Abra,” Governor Bernos said. “Let us defend Abra against unscrupulous people who are determined to destroy what we have built together,” she added. —Reports from Karlston Lapniten and Valerie Damian