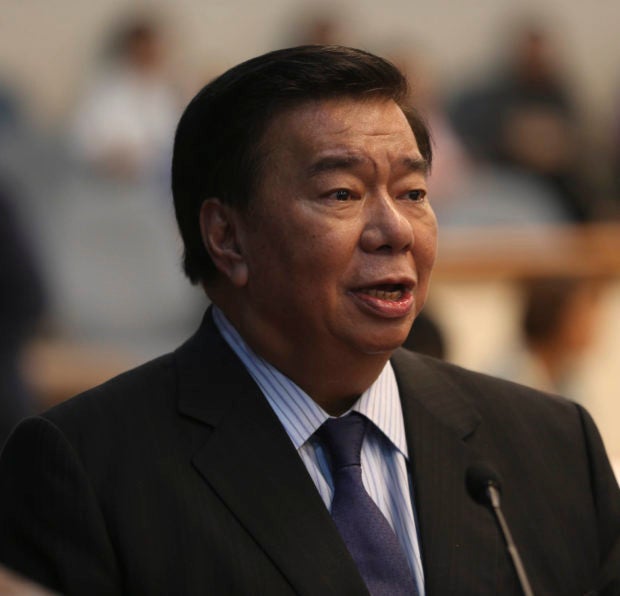 Senate Minority Leader Franklin Drilon is relieved by the decision of the Makati Regional Trial Court (RTC) Branch 148 not to issue an arrest warrant on Sen. Antonio Trillanes IV for his coup d’etat case, saying that the resolution of the case would “help restore the perception of stability in our courts.”

Judge Andres Soriano of the Makati RTC Branch 148 denied the bid the Department of Justice (DOJ) for the court to issue a warrant for Trillanes’ arrest for coup d’ etat in connection with the 2003 Oakwood Mutiny.

“I am relieved by the decision of RTC Judge Andres Soriano rejecting the attempts of the administration to harass opposition Senator Antonio Trillanes. The rule of law has prevailed and will always prevail,” Drilon said in a statement on Monday.

The senator noted that Soriano’s ruling “reinforces our belief that at the end of the day the rule of law will prevail and no amount of underhanded legal maneuvering will be rewarded by an independent judiciary.”

“The resolution of this case will definitely help restore the perception of stability in our courts,” he added. /atm

Read Next
DOJ on court’s ruling on Trillanes: ‘This is not the end of it’
EDITORS' PICK
The Best Tech Gifts For The 2022 Holidays
COA says over 4,000 pending audit backlogs will be resolved in 2 years
DBM releases P5.2 billion for 9.8 million beneficiaries of targeted cash transfer
Noche Buena items price hikes are justified and can’t be controlled – DTI official
The vivo Y16 makes the season of giving more thoughtful for the whole family
House energy committee chair Arroyo bats for cheap electricity
MOST READ
LOOK: Alyssa Gibbs finally marries fiancé five years after engagement
Claudine Barretto asks for prayers as she undergoes thigh surgery
Trader duped by seniors in ‘Marcos gold’ investment
St. Benilde back in NCAA Finals after 20 years, knocks off San Beda
Don't miss out on the latest news and information.