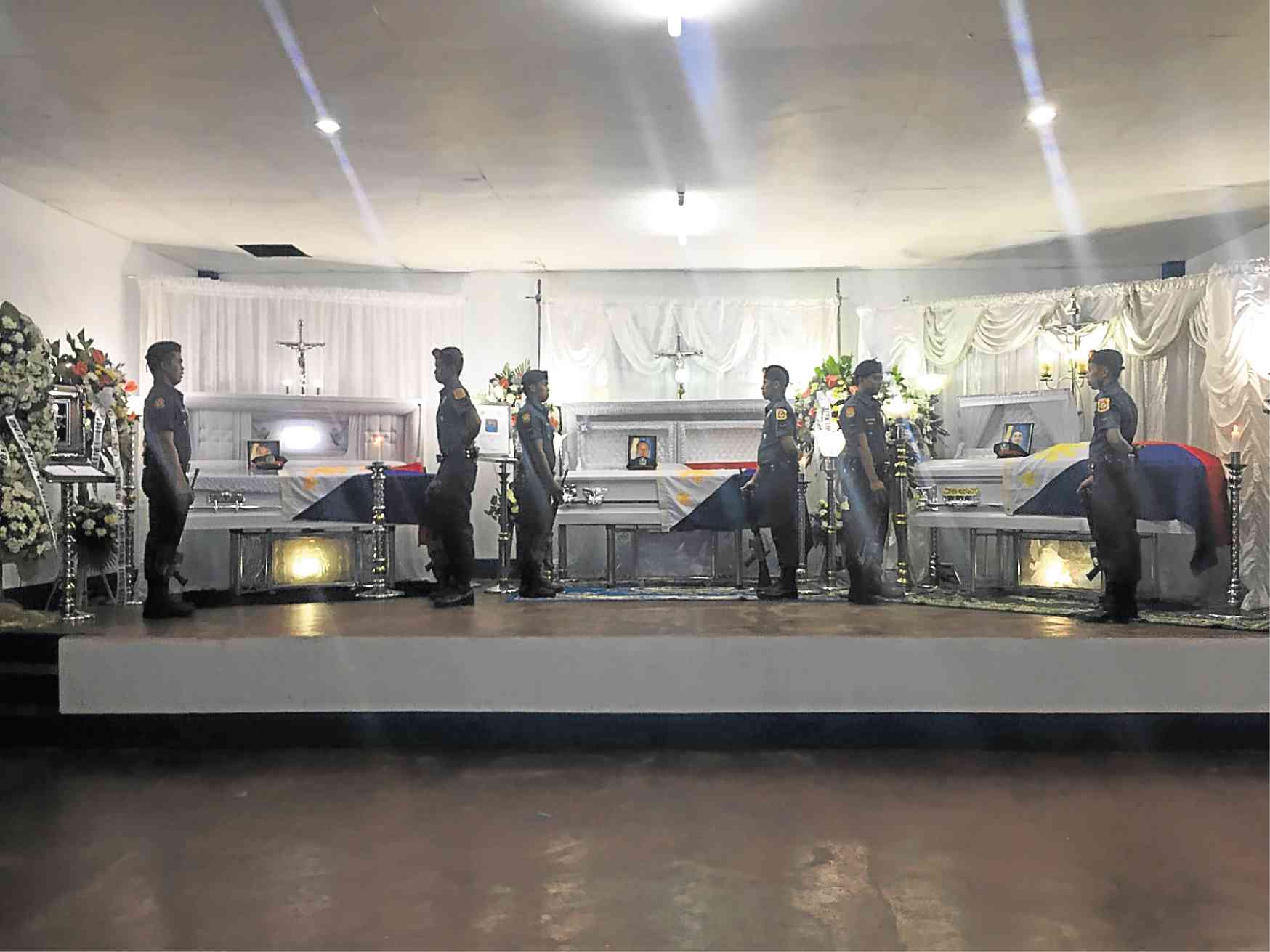 NAGA CITY—Communist rebels owned up to the attack on a government convoy in Camarines Sur that killed three policemen, claiming that information from police helped them set the ambush up.

The National Democratic Front of the Philippines (NDFP), the umbrella organization of underground rebel groups, said Nela Charade Puno, head of the Food and Drug Administration (FDA) who was in the convoy, was not the target of the ambush.

Philippine National Police Director General Oscar Albayalde expressed belief the attack could be a failure of intelligence on the part of police in the area.

The NDFP, in its statement, said Albayalde was “right when he said there were lapses when it comes to intelligence.”

The rebel group said “tactical information” about the convoy came from the PNP, although it did not say whether rebels had a spy inside the police force.

The NDFP said the ambush was in retaliation for President Duterte’s decision to abandon peace talks and wage a war of attrition against rebels, which led to abuses.

The group added that it was also in response to summary killings of rebel suspects justified by the supposed “Red October” plot to oust Mr. Duterte led by rebels.

Albayalde was at the wake of the three slain policemen on Friday — SPO1 Percival Rafael, PO3 Carlito Navarroza and PO1 Ralph Jason Vida.

They were among a group of policemen providing security to Puno in Lupi town, Camarines Sur.

“There were shortcomings in the intelligence,” Albayalde told reporters, citing a briefing given by police in the area.

The PNP chief earlier said there might have been a leak of information on security plans for Puno.

The Army, however, said the information about the route taken by the security convoy for Puno was “public knowledge” because the FDA chief was headed to an event in Daet in Camarines Norte province.

Col. Ferozaldo Paul Regencia, spokesperson for the Army’s 9th Infantry Division, said even without an intelligence leak, police would be targeted because they used marked vehicles.

“The rebels can make some calculations of the time of arrival of the convoy,” Regencia said.

“I think this is very logical,” he added.

Chief Insp. Maria Luisa Calubaquib, spokesperson for the Bicol police, said the regional police had yet to determine if there was, indeed, a leak of intelligence and its source.

Without saying if she was referring to Albayalde’s theory about a leak, Calubaquib said “it’s hard to believe in hearsay.”

Albayalde, however, said one question that popped up as a result of the ambush was why the policemen were not “given reinforcement immediately.”

“We are not looking for failures on the part of our local police,” he, however, added.

Some relatives expressed dismay at Puno for failing to reach out to families of the slain policemen who were protecting her.

“Where is she now? We didn’t even hear a thing from her,” she said.