Panelo: I did not say ‘whining’ 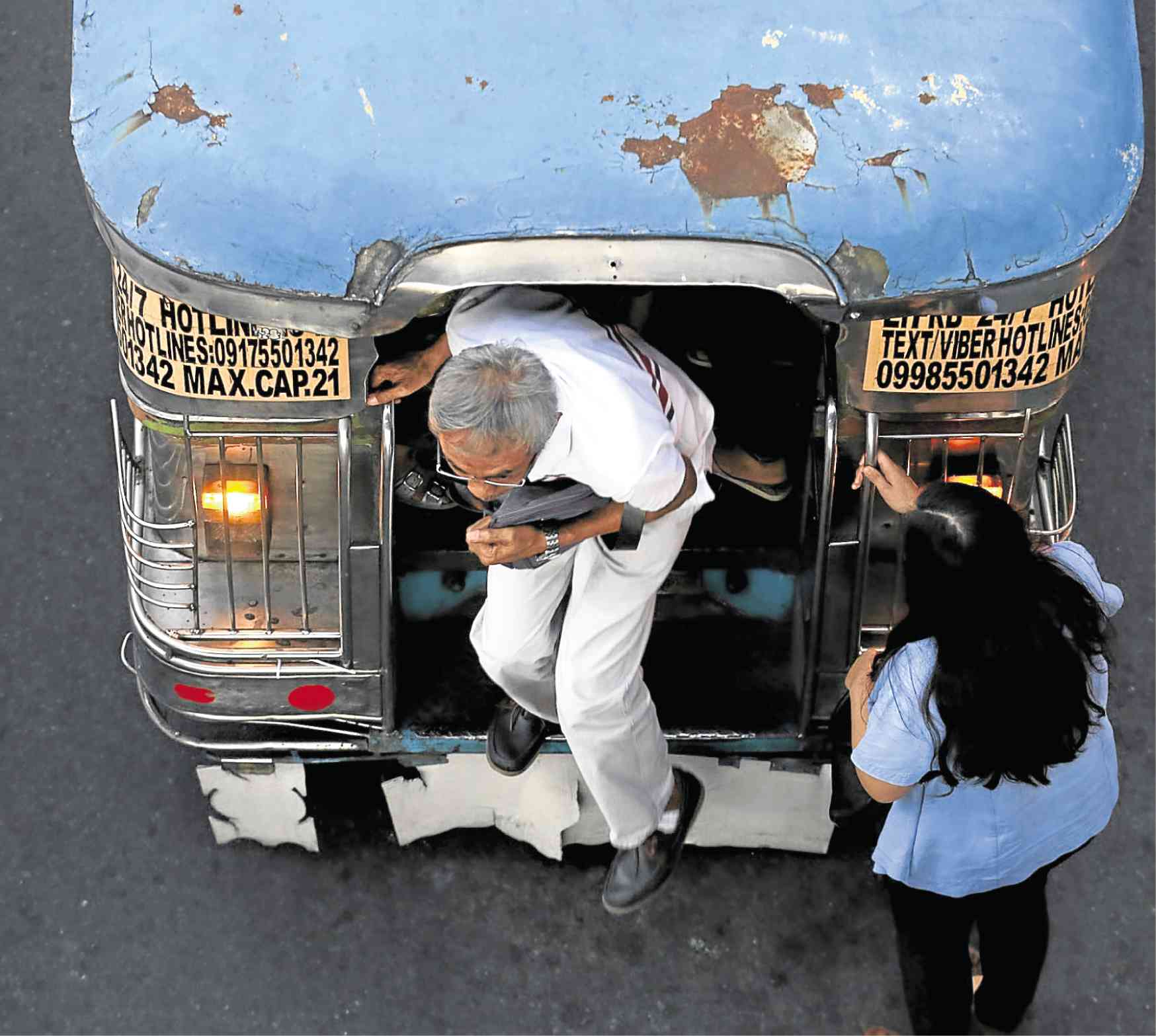 HARDSHIP RIDE Commuters would soon add increased jeepney fare to their daily woes on top of heavy traffic and pollution.—RICHARD A. REYES

President Rodrigo Duterte’s spokesperson on Saturday said he did not use the word “whining” in reaction to reports about an increase in transportation fare, insisting that Malacañang was not insensitive to the plight of commuters.

“The riding public can be certain that this administration, with the supervision of our President, hears the plaints of our people and will do its best to address this situation,” said chief legal counsel and presidential spokesperson Salvador Panelo.

In a statement, Panelo took exception to an Inquirer headline that read, “Panelo: Stop whining about fare hikes,” saying the word whining did not appear in transcripts of his press briefing on Thursday.

Based on the transcripts, the Malacañang official, when asked about the fare increase, had said: “The increase is only P10.”

“Eh, we really have to take the brunt sa ngayon [for now],” Panelo had said in reply to a follow-up question.

In his statement on Saturday, Panelo said his words were twisted by the Inquirer headline.

“We find it unfortunate that the newspaper publication resorted to a clickbait headline,” said Panelo.

“This office has never issued such statement — and the transcript will bear this out — during the Palace press briefing held on Oct. 18 where the issue of transport hike was raised,” he said.

Panelo appealed for the public’s understanding about the necessity of raising fare of public utility vehicles, which came amid soaring fuel prices.

“While we commiserate with the riding public as they endure another round of fare hikes, we appeal for the understanding of the citizenry as the government has no choice but to allow the increase due to soaring prices of oil in the global market,” he said.

He added: “This office has further said that the situation is just ‘temporary.’”

Provincial buses were granted a 15-centavo increase for every succeeding kilometer after the first 5 km.