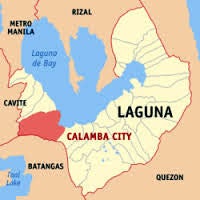 A report from the regional police office said a shootout happened between police and suspected car thieves around 3 a.m. in Barangay (village) San Cristobal.

According to the report, police responded to an alleged car theft as reported by victim John Paul Ramires, a resident of Cabuyao City. During the chase, the suspects began to open fire prompting the policemen to retaliate.

One of the suspects was killed instantly while the other had escaped. Both suspects remain unidentified.

Still in Calamba City, an illegal drug suspect identified as Oscar Sarip, a former village watchman, was killed in a buy-bust operation around 12:20 a.m. in Barangay Dos.

Sarip allegedly fired shots when he realized he was dealing with the police.

The police recovered a .38 caliber gun, a ln improvised shotgun and a sachet of alleged “shabu” (crystal meth). /jpv