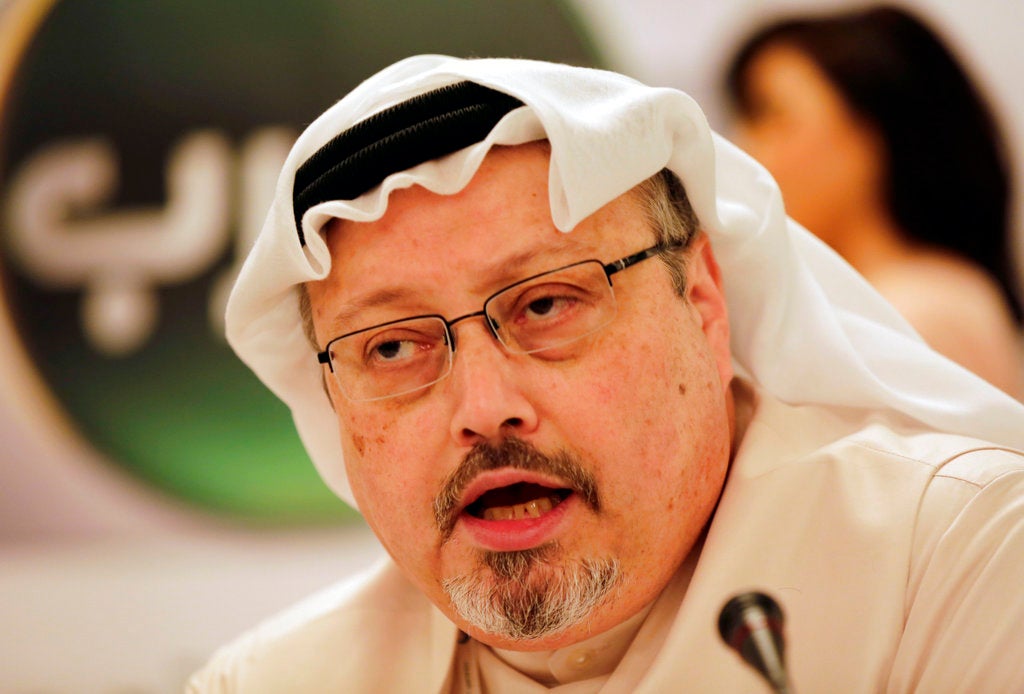 Saudi journalist Khashoggi, a critic of the kingdom’s leadership and a Washington Post contributor, was last seen on October 2 entering his country’s consulate in Istanbul.

His disappearance had been shrouded in mystery and triggered an international crisis, with Turkish officials accusing Saudi Arabia of a state-sponsored killing.

“The discussions between Jamal Khashoggi and those he met at the kingdom’s consulate in Istanbul… devolved into a fistfight, leading to his death,” the Saudi Press Agency said, citing the public prosecutor.

The kingdom announced that 18 people had been arrested in the ongoing probe. 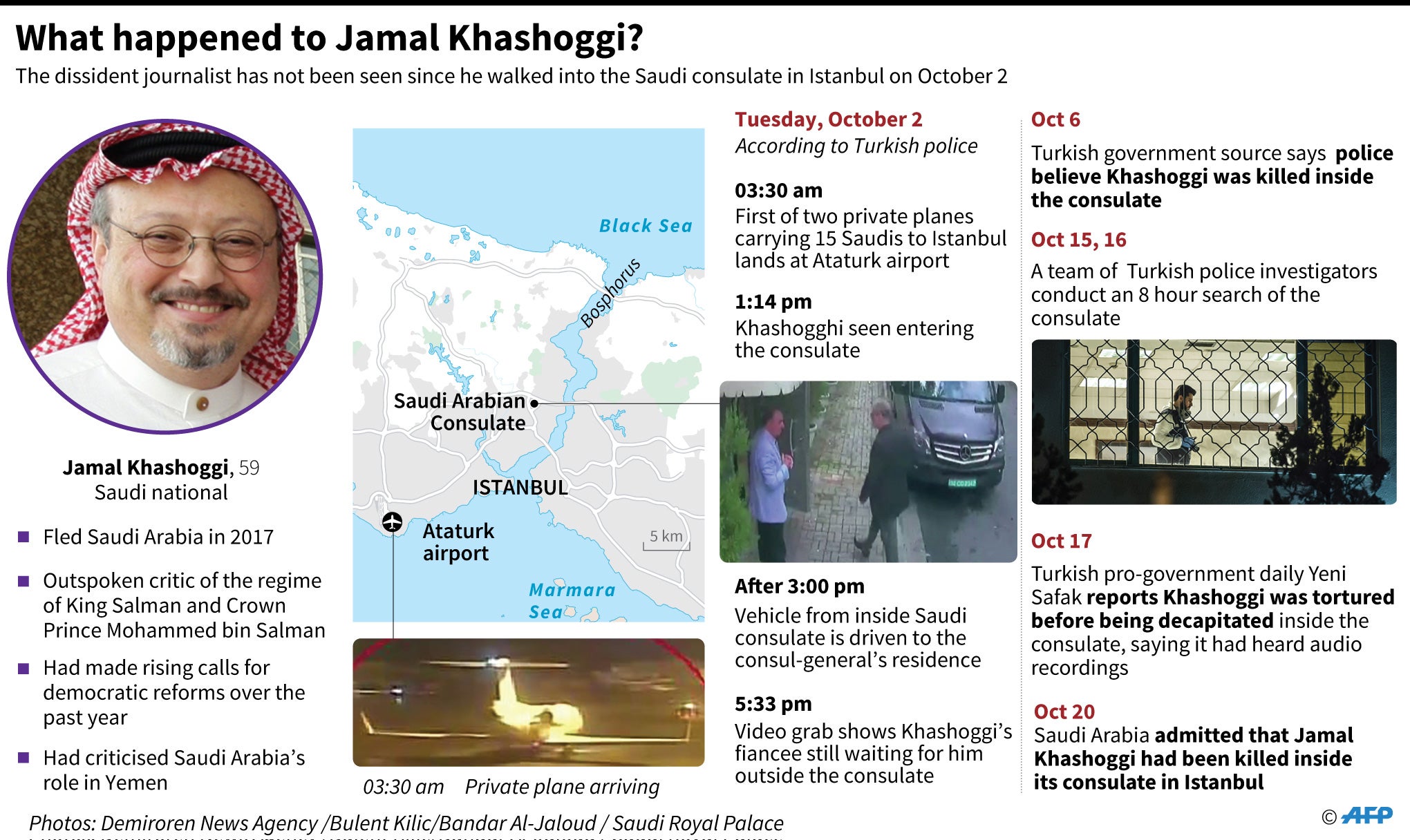 The Saudi king also ordered the setting up of ministerial committee under the chairmanship of the crown prince to restructure the kingdom’s intelligence agency and “define its powers accurately”, state media said.

Shortly before Riyadh confirmed that Khashoggi had been killed, Turkey’s President Recep Tayyip Erdogan and Saudi King Salman agreed in telephone talks to continue cooperation in the investigation into the Khashoggi affair.

Erdogan and Salman “emphasized the importance of continuing to work together with complete cooperation”, said a Turkish presidential source, who asked not to be named.

The United States warned Friday of a “wide range” of responses should it determine that Saudi Arabia is behind the death of journalist Jamal Khashoggi, as Turkey widened its investigation into the scandal.

President Donald Trump said the United States, which is Saudi Arabia’s biggest backer, could impose sanctions over the feared murder of Khashoggi.

The Trump administration has been notably slow to criticize Saudi Arabia, despite mounting evidence that Khashoggi, a critic of the Islamic petro-state’s powerful crown prince, vanished after entering the Saudi consulate in Istanbul.

The Khashoggi case has presented Trump with one of the most acute foreign policy crises of his nearly two-year-old presidency.

Pro-government Turkish media have repeatedly claimed that Khashoggi was tortured and decapitated by a Saudi hit squad inside the diplomatic mission, although Turkey has yet to divulge details about the investigation.

The controversy has put the kingdom — for decades a key Western ally and bulwark against Iran in the Middle East — under unprecedented pressure to offer an explanation to take the heat off its rulers.  /muf