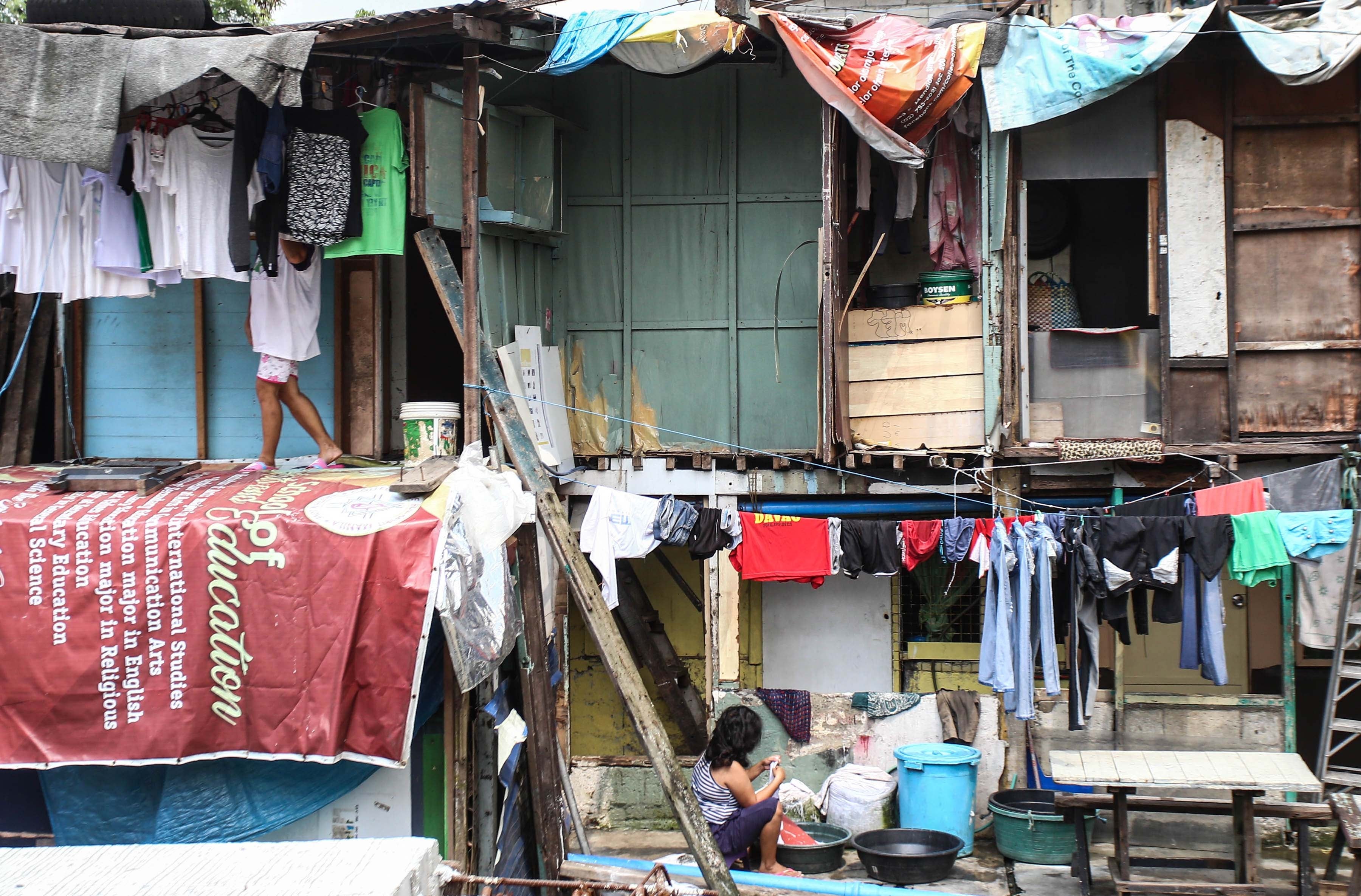 ‘SELF-EMPLOYED’ Some employers have asked their househelp to list themselves as “self-employed” laundrywomen to avoid paying retroactive SSS contributions dating to as far back as 1993. —INQUIRER PHOTO

When 83-year-old Elpidio delos Reyes (not his real name) agreed to his househelp’s request that she be given Social Security System (SSS) coverage under the kasambahay law, he had expected to pay about P500 more on top of her monthly salary.

To his shock, he was asked to pay more than P80,000 for the employer’s share of SSS contributions, retroactive to when he employed the helper in the 1990s.

“How can I pay that?” Delos Reyes, a widowed retiree, asked. “I only live on my SSS pension and some savings. Why should I go broke just because I wanted to give my ‘kasambahay’ a pension herself?”

Delos Reyes is among the thousands of household employers caught by surprise by Republic Act No. 10361, or Batas Kasambahay, also known as the magna carta for domestic workers, that took effect in 2013.

Also titled “An Act Instituting Policies for the Protection and Welfare of Domestic Workers,” the law defined the rights of the kasambahay, among them a minimum wage, mandatory daily and weekly rest periods, a 13th month pay,  and coverage under the SSS, PhilHealth and Pag-Ibig laws.

According to a 2011 report by the Philippine Commission on Women, based on global figures, the number of domestic workers in the Philippines is estimated to be between 600,000 and 2.5 million.

The Visayan Forum Foundation, a civil society organization that advocates for the rights of domestic workers, estimates that around 1 million of these household workers are children.

For all its good intentions, the kasambahay law of 2013 has drawn the ire of employers who ask why they are being charged for SSS contributions as far back as the 1990s. It’s a question that has discouraged Delos Reyes and others employers from registering their helpers under the kasambahay law.

Faced with inflated SSS contributions from what they consider a retroactive law, not to mention the penalties from P10,000 to P40,000 fine, many employers have resorted to good old Pinoy “abilidad”  (one-upmanship), finding creative ways to go around the law.

A lawyer, E, for instance, coached his kasambahay on how to register as self-employed: “Never mention my name. Tell them you’re a freelance ‘lavandera’  (laundrywoman), working for different households on a per day basis,” he instructed her. In return for keeping his name out of her registration form, the lawyer shoulders her entire monthly SSS contribution.

Another household employer, Karina, a media worker, asked her helper if she preferred SSS coverage over a raise equal to the cost of the employer’s monthly contribution.  Because the kasambahay had come from a remote province where midwife delivery was more the norm, she has no birth certificate, one of the requirements for SSS membership.  Rather than go through the hoops trying to secure  a nonexistent document, the helper opted to get a raise instead.

A business executive meanwhile opted to just dismiss his household help rather than pay the fines, penalties and accumulated SSS contributions dating from as far back as 1993.  After all, under the kasambahay law, dismissing a kasambahay without just cause would only mean paying her the salary earned plus 15 days’ pay “by way of indemnity” (Sec. 32, Republic Act No. 10361).

With smaller households these days, more employers are also hiring household help who report for work only three to four times a week, and are therefore not covered by the law.  Rather than tangle with the SSS, employers find it easier to just find part-time kasambahay.

All these subterfuge because of the widely held perception about the kasambahay law being applied retroactively. But it may just be that: a perception. Because in 1993, a law similarly granting household helpers the right to have SSS coverage was enacted.

Republic Act No. 7655, also known as  “An Act Increasing the Minimum Wage of House Helpers,” amended the Labor Code and defined the minimum wage of household workers based on where they are employed. It also mandated SSS coverage for them.

According to Section 1, Article 143 of  RA 7655,   “(H)ousehelpers who are receiving at least P1,000 shall be covered by the Social Security System (SSS) and be entitled to all its benefits.”

The law seems little known, however, and was not announced with as much fanfare as the 2013 kasambahay law.

But SSS Assistant Vice President for Media Affairs Louie Sebastian wondered about the basis for saying that not a lot of people know about the 1993 law.  “Were there surveys?” she asked.

Asked why a new kasambahay law was enacted when an existing law had yet to be implemented, Sebastian said that the 2013 law just “strengthened” SSS coverage in terms of employer contribution.

As for condonation of penalties dating back to 1993 to encourage more employers to enroll their helpers under SSS, Sebastian said there have been proposals to condone the 3-percent penalty per month levied on erring employers.

“If it were up to us, we’re fine if the principal were paid because the basis for the payment of SSS benefits is the contribution. But at the same time, the penalty serves as a strong warning to employers that they should pay on time because what if the SSS member needs the benefits right now?” Sebastian said.

As things stand, she added, “the SSS has no power as of now to condone penalties. That’s why we’re pushing for a charter amendment, and the amendments need approval from the Office of the President.  Employers are willing to pay the principal, but admittedly, the penalties are too high,” Sebastian said.  —WITH A REPORT FROM KARL OCAMPO