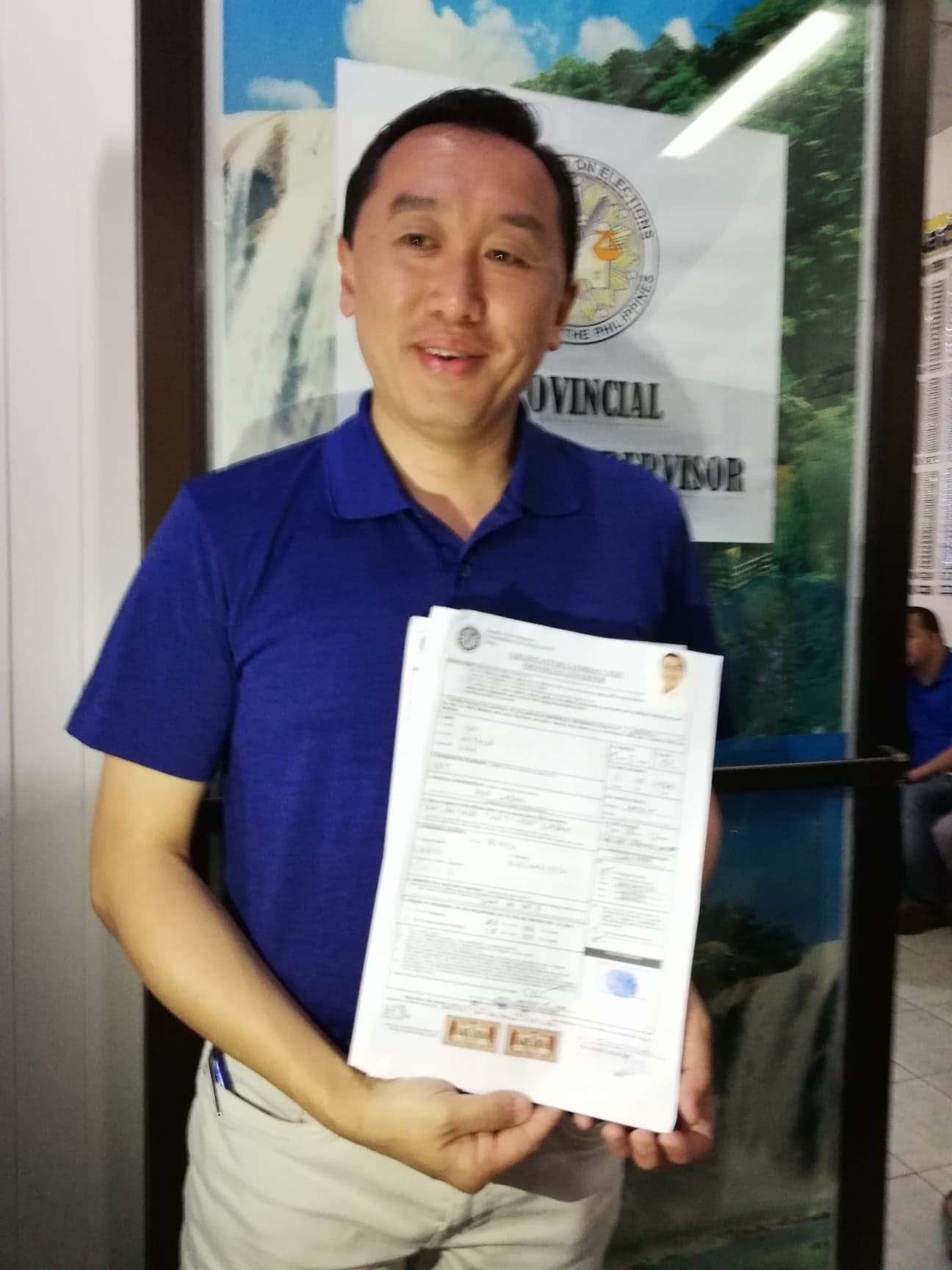 TAGBILARAN CITY – It will be battle royal in the province’s gubernatorial race.

Outgoing Bohol Rep. Arthur Yap of Bohol’s 3rd district filed his certificate of candidacy for governor at the Commission on Elections (Comelec) provincial office on Thursday, the last day of filing of COCs.

He will face resigned Cabinet Secretary Leoncio Evasco Jr., a former mayor of Maribojoc town in Bohol who filed his COC on Tuesday.

Both Yap and Evasco are allies of President Duterte.

Yap is running under the administration party, Partido ng Demokratiko Pilipino (PDP)-Laban while Evasco, under the Nationalist People’s Coalition, his party since 1991.

Wearing a blue shirt, Yap and his wife Carolyne Varquez Gow-Yap, along with several supporters, arrived at the Comelec office past 1 p.m.

Yap said it was Evasco’s right to run for governor.

“We welcome this chance for people who have a choice in this election,” he said.

Evasco presented himself as a true Boholano unlike Yap who was not born and raised in Bohol.

Yap is a native of Manila who married a local. His wife, Carolyne, is from Loboc town where the couple owns a house.

But Yap was undaunted by the criticism, saying the people had elected his thrice to serve as 3rd district congressman.

“Does it mean that the people made a mistake,” he asked.

“For me, I am not really affected by such statement. I know I am a three-term congressman in Bohol. I have been living him and serving the people here for a long time. As far as I am concern, that has no bearing in the coming election,” he added. ###