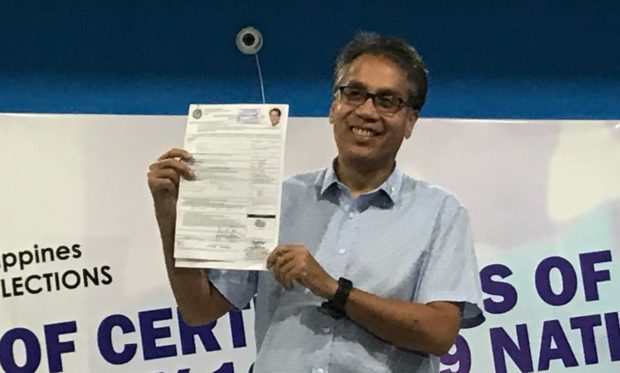 Former Interior Secretary Mar Roxas faces media after filing his COC for senator at the Comelec in Manila on Tuesday, Oct. 16, 2018. (Photo by CATHRINE GONZALES / INQUIRER.net)

The opposition coalition has finally completed its senatorial slate for the May 2019 midterm elections, according to a statement released by the Oposisyon Koalisyon on Tuesday, a day before the filing of certificates of candidacy ends.

Following are the other candidates in the slate:

According to the statement, the final list was the result of a long process of evaluation and consultation conducted by the Office of Vice President and the opposition coalition composed of the Liberal Party (LP), Akbayan, Magdalo, Aksyon Demokratiko, Tindig Pilipinas, and other cause-oriented groups.

The coalition has been meeting since early this year to come out with a list of opposition candidates for the 2019 polls, it added. /atm