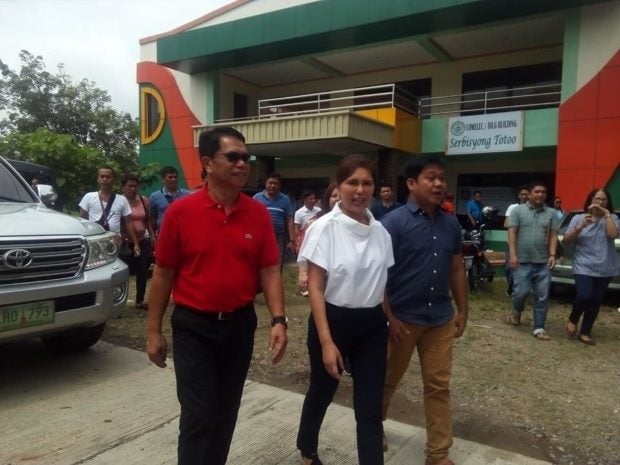 (From left) TESDA-12 Regional Director Efren Piñol, North Cotabato Rep. Nancy Catamco, and Provincial Board Member Socrates Piñol  are shown in this photo after filing their certificates of candidacy (COCs) at the Comelec provincial office in Kidapawan City on October 16, 2018. CONTRIBUTED PHOTO

KIDPAWAN CITY – Two brothers of Agriculture Secretary Emmanuel Piñol filed their certificates of candidacy (COC) on Tuesday for a seat in Congress and vice governor of North Cotabato.

The Piñol brothers — Efren and Socrates — filed their respective COCs at the provincial office of the Commission on Elections (Comelec) here, along with North Cotabato Second District Rep. Nancy Catamco, who will soon leave her post to run for provincial governor, with Socrates as her running mate under the Partido Demokratikong Pilipino-Lakas ng Bayan (PDP-Laban) party.

Efren, the regional director of Technical Education and Skills Development Authority (TESDA) for Region 12, would vie for the post that is going to be vacated by Catamco.

Socrates is an incumbent provincial board member.

Meanwhile, Joselito Piñol, another sibling of the agriculture secretary, is seeking reelection as vice mayor of M’lang town in North Cotabato. /ee