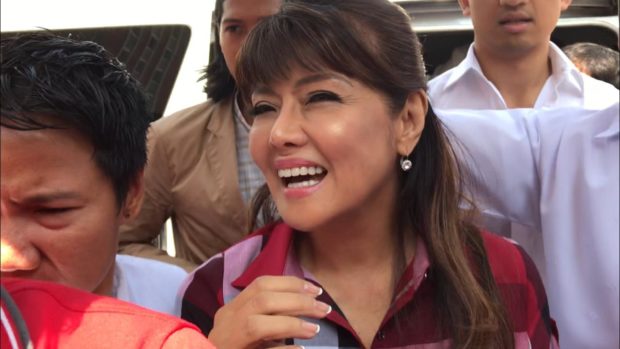 Update (This version corrects the name of Erin Tañada’s  father.)

It’s like the 1970s all over again as scions of notable political families Aquino, Diokno, Tañada and Marcos battle it out to win one of the 12 Senate seats up for grabs in the 2019 midterm elections.

Ilocos Norte Gov. Imee Marcos might have a hard time to press her case and move on from the issue of atrocities committed by her family during the martial law era as she would be facing off in the Senate race descendants and relatives of the fiercest critics of his dictator father, Ferdinand Marcos.

All three are running under the Liberal Party ticket on a platform of promoting truth and justice. 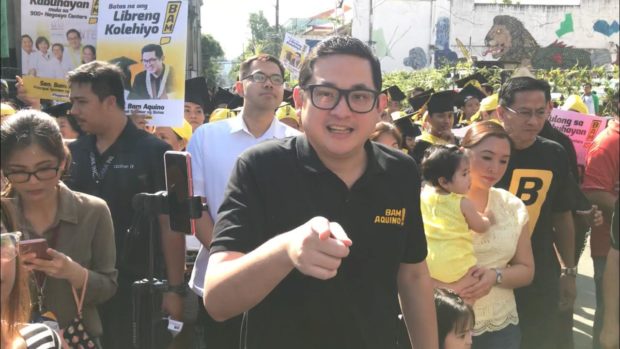 Marcos, on the other hand, is a candidate of the Nacionalista Party who wants to be the “alternative voice” of the people in the Senate.

Aquino is the nephew of slain Sen. Benigno “Ninoy” Aquino Jr., Diokno is the son of martial law victim Sen. Jose Diokno, and Tañada is the son of Wigberto Tañada. Their ascendants fiercely fought Marcos’ dictatorship, especially at its height in the 1970s.

Marcos said on Tuesday that she is not concerned with the anti-martial law sentiment that most Filipinos still harbor to this day.

“In my view, our country is already ready for a different perspective and to listen to our side of the story,” she said.

She noted that while they already did apologize to those “who were hurt due to unforeseen events” during his father’s iron-fist rule, she and her family would never admit to any wrongdoing.

“Why would we admit something we never did,” she stressed. 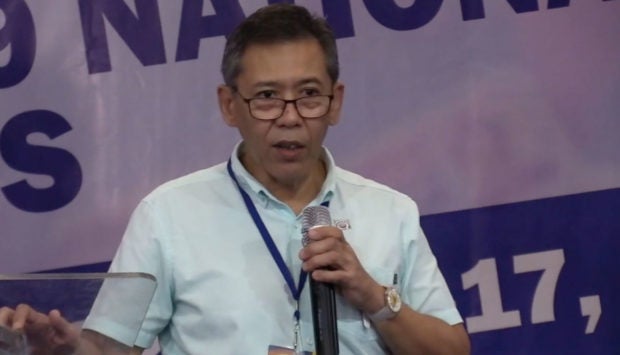 The three-term governor also just shrugged off as “political accusations not proven in court” allegations of corruption thrown her way—from her owning offshore accounts in Panama to her alleged overpriced purchase of vehicles for the provincial government.

Diokno, who incidentally filed his COC at the same time as Marcos, noted that no matter what Marcos said the country “knows the truth.”

“The facts are there. It is fully documented not only by our agencies but even in other countries,” Diokno said.

According to Tañada, the narrative that Marcoses are trying to propagate that the martial law era was only a fight between Marcos and Aquino was not accurate as it can be said that it was, in fact, “the people against Marcos.”

In February 1986, Marcos and his family were forced to live in exile in the US after they were booted out of power by ordinary Filipinos in the bloodless Edsa revolution.

Marcos’ heirs have attempted in recent months to revise history in their bid to come back to power./ac