Former Interior Secretary Mar Roxas on Tuesday filed his certificate of candidacy (COC) for the 2019 elections, ending over two years of political hibernation.

Roxas will join the senatorial slate of the opposition Liberal Party.

In filing his COC, Roxas said that he is not a quitter, noting that returning to the headquarters of the Commission on Elections seems like a déjà vu.

Roxas shied away from the national limelight after he lost to President Rodrigo Duterte in the 2016 presidential race.

He said, however, that he has moved on, adding that  his bid for next year’s polls is different from the 2016 political derby. 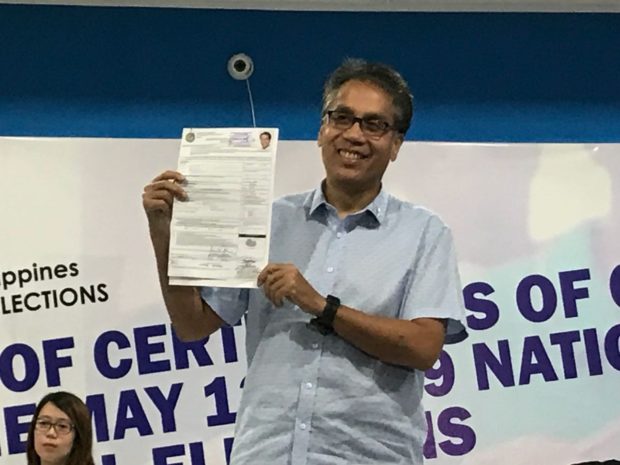 Roxas admitted the defeat was not easy.

But despite everything, he said that “life has been wonderful.”

Roxas said he would push to alleviate poverty in the country, saying he has seen the situation of Filipinos after taking a break from politics.

He also denied that controversies against him including Yolanda funds would affect his chances to win as senator, saying that budget records could be verified to see if there were irregularities.